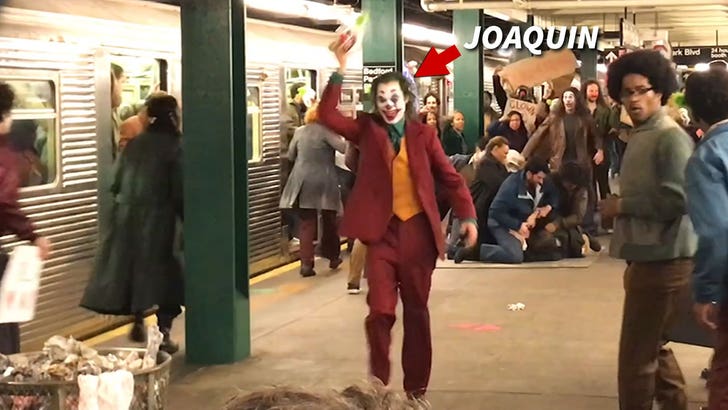 Joaquin Phoenix keeps giving us a little more as The Joker -- this time he's in full costume as The Jester of Genocide ... and he's all smiles about it.

Check it out -- it's the first look at Phoenix in makeup on set as the notorious villain of Gotham City. The filming was going down inside an NYC subway station in Uptown, Manhattan. You see The Joker get off the train in a mask ... which he really didn't need.

As we reported ... Joaquin's "Joker" look was revealed Friday by Warner Bros. in a short promo, showing the transformation from Arthur Fleck to the Clown Prince.

But, even when he's just Arthur ... he's still pretty creepy.

It's scheduled to come out next October ... just in time for Halloween 2019. 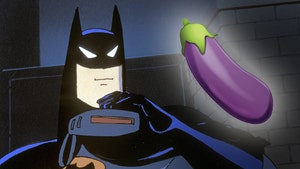 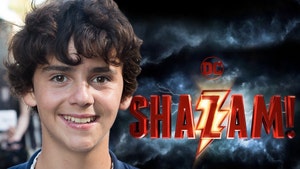