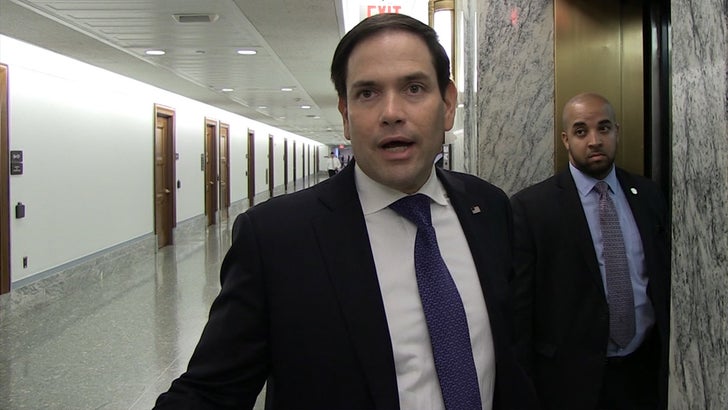 Marco Rubio had a hard time getting his message out about Brett Kavanaugh while a mob of protesters gave him, and every other Senator, an earful.

We got the Florida Senator at the Capitol Building Thursday where thousands of protesters were giving Republicans hell for, as they see it ... brushing aside the FBI's new report, and hurtling toward a full Senate vote on Kavanaugh's confirmation.

It's clear Rubio's on board with Kavanaugh -- he told us the FBI report shows there's no corroboration to Dr. Christine Blasey Ford's allegation the judge sexually assaulted her at a party 36 years ago. However, he admitted he hasn't gone through the entire report yet.

Rubio says he makes decisions based on information. The extremely loud protesters behind him during this clip claim the Senators are NOT getting all the info because the FBI was handcuffed by the White House.

The level of chaos here makes it clear -- lots of people ain't gonna be happy after this vote. 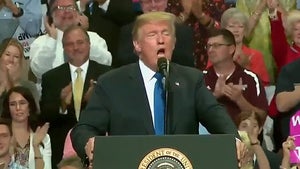