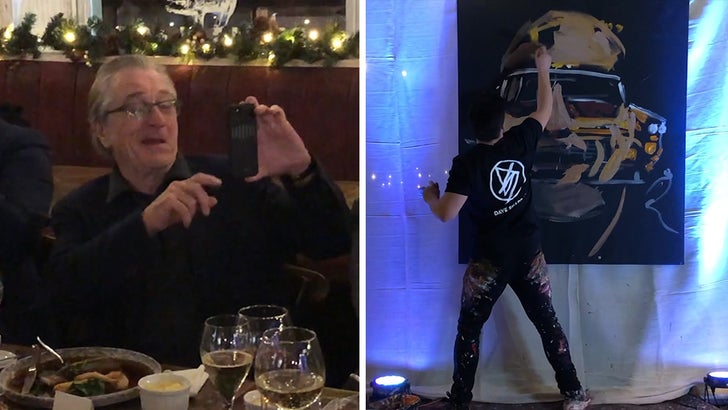 Robert De Niro was treated to dinner and a show, and the big reveal got very personal for him ... which is why he whipped out his phone to capture the moment.

De Niro was the main attraction at a special event Monday night in Halifax, UK. While Bobby D was eating at a restaurant called Ricci’s Place ... speed artist Dave Sharp performed a dance and paint number that paid tribute to one of the actor's most famous movie roles.

The attendees all seemed pretty wowed by Sharp's artistry -- he first painted a taxicab, but once he added the finishing touches, it revealed a colorful painting of good ol' Travis Bickle from "Taxi Driver" ... including his menacing mohawk and sunglasses.

De Niro looked the most pleased with the painting ... and, along with getting some video of the homage to his iconic character ... we're told he signed it as well. 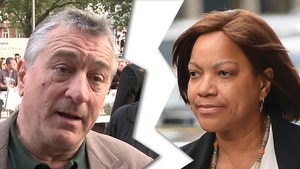