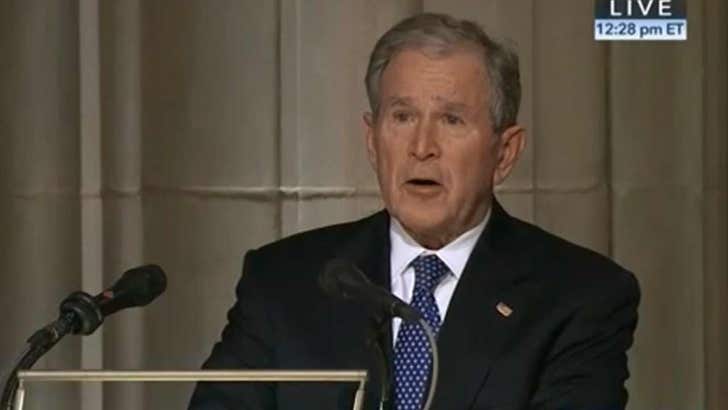 Dubya delivered an incredibly emotional tribute to his dad, which ended with him choking up and having to step back from the lectern. It was a powerful moment, and fellow mourners gave 43 a big round of applause as he went back to his seat.

Presidential funerals are always extraordinary for the rare gathering of ex-Presidents. Trump, Obama, Clinton and Carter are all there ... and seated RIGHT next to each other.

Trump's attendance was not initially a lock, but he reportedly decided to attend after discussions with the Bush family, and getting assurances he wouldn't be bad-mouthed. Interesting to note, this is the first time Hillary Clinton and Trump will be in the same space since the election. 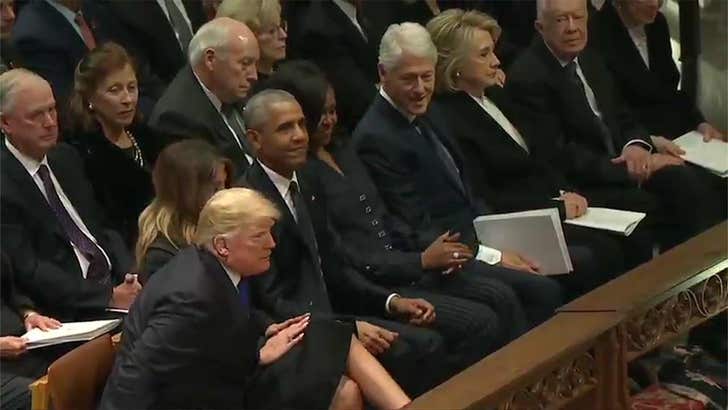 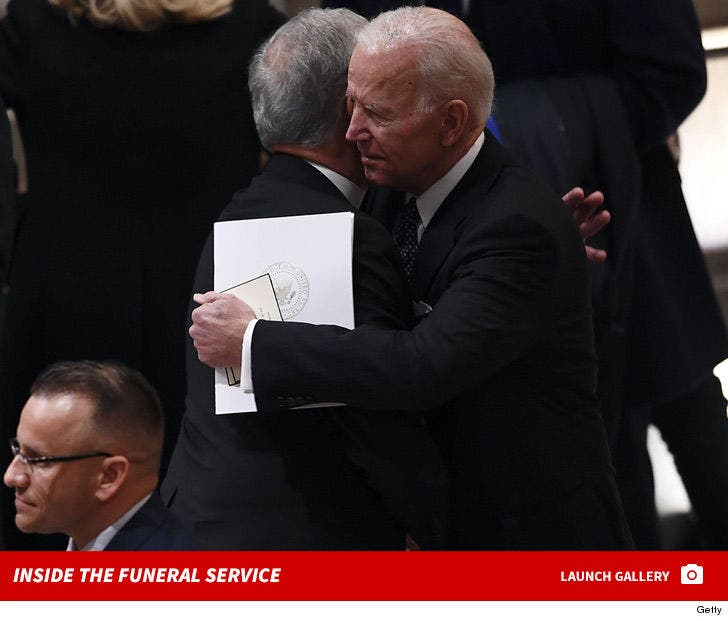 The former President's body has been lying in State at the Capitol since Monday ... and a steady stream of dignitaries, politicians and celebrities have shown up to pay respects.

Our 41st President died last Friday in Houston. He was 94. 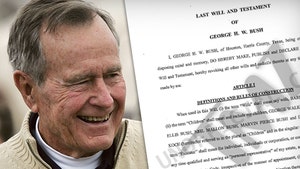 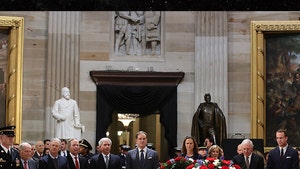