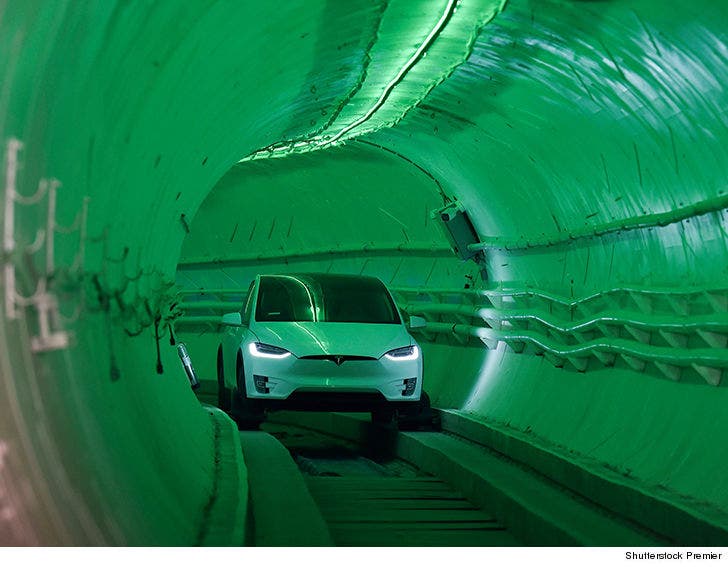 Elon Musk made his grand reveal Tuesday night ... what he once envisioned as a "weird little Disney ride in the middle of L.A." became a reality with the unveiling of his underground tunnel.

The billionaire entrepreneur gave a preview of what future traffic in L.A. might look like with this 1.14-mile route built under his SpaceX headquarters. Elon joked back in 2016 he was going to dig tunnels as an alternative to clogged up freeways in L.A. And, here's his teaser:

A modified Model X equipped with special wheels took members of the media through the tunnel after the SUV descended via elevator. Once underground, the tunnel's light turned green and off it went. It only hit 35 MPH and it was bumpy, but still ... it worked.

When Elon's vision is complete, the tunnel will include fully autonomous 16-passenger vehicles rocketing under L.A.'s terra firma at 150 MPH. Elon is starting similar projects in Chicago and D.C. ... with the hopes of one day taking folks from D.C. to New York in only 29 minutes.

Gayle King got a taste for "CBS This Morning" and the initial takeoff had her holding on for dear life ... and cursing on live TV too.

Tuesday night, @elonmusk unveiled the very first tunnel in what he hopes will become a network of underground highways. @GayleKing sat down with him to talk about his relationship with the @boringcompany and got a firsthand look at the new tunnel. 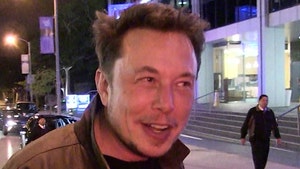