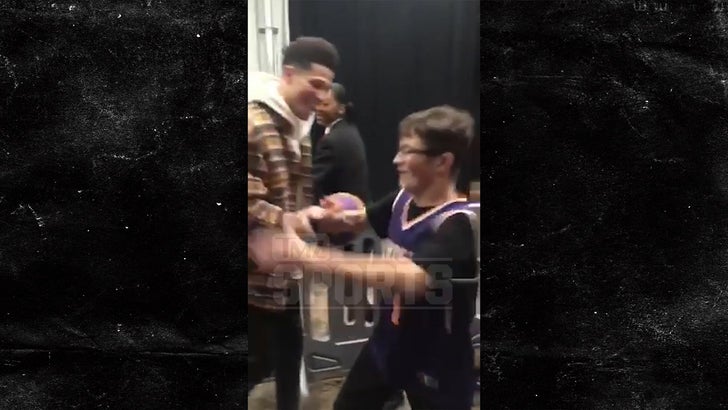 Devin Booker made a young fan's dream come true by meeting him in person at the kid's first Suns game ever ... and it was all for a great cause.

The NBA superstar met with 17-year-old Phoenix resident Luke Tucker and Devin's #1 fan this weekend ahead of the Suns' game against the L.A. Clippers, and signed a bunch of Suns gear for him.

Luke -- who has autism -- was gifted 11 tickets for him and his fam by the Suns organization to attend Saturday's game, in partnership with the Playing Special Foundation ... which helps children with special needs become familiar with sports front and center.

We're told that when Devin heard Luke's story, he went out of his way to go meet the kid ... which was captured on tape. The heartwarming moment shows Devin and Luke embracing ... and it's clear the meet-n-greet was a complete surprise to Luke. 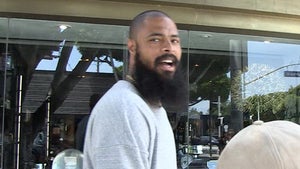 Tyson Chandler On Devin Booker Fight, 'It's a Good Laugh!' 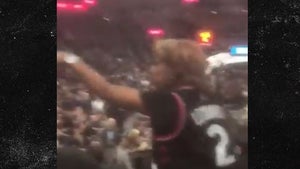