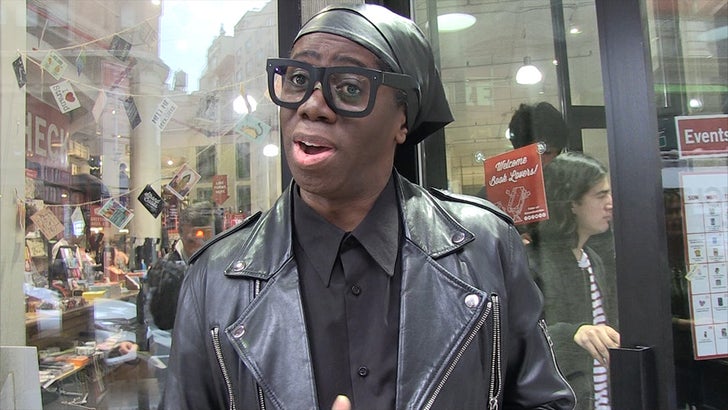 J Alexander, aka Miss J, is ready to throw support behind Mayor Pete Buttigieg, but wants him to know the LGBTQ community expects his in return ... on every level, with no excuses.

The "America's Next Top Model" coach was at the Strand Book Store in NYC Tuesday when he told us his thoughts on the rising star in the Democratic primary field, who happens to be openly gay.

Miss J believes Pete's got what it takes to win votes -- even from anti-gay voters -- but strongly hopes he does it by continuing to be inclusive and do work on behalf of all LGBTQ folks.

J even calls for his people to "band together" for the South Bend, Indiana mayor, because he believes if they get him in the White House ... real differences can be made.

Another protester interrupting ⁦@PeteButtigieg⁩ with chants of “remember Sodom and Gomorrah” pic.twitter.com/l0FvgYBFWQ

Meanwhile, Mayor Pete got a dose of homophobia Tuesday in Iowa from a couple of protesters, including one chanting "Remember Sodom and Gomorrah!" You'll recall Pete told us he was prepared to handle these sorts of attacks during the campaign, and he did just that.

Miss J should be encouraged by how the situation played out -- Buttigieg's supporters shouted them down and Pete was unfazed ... simply reminding the crowd the Iowa caucuses are up to all of them.