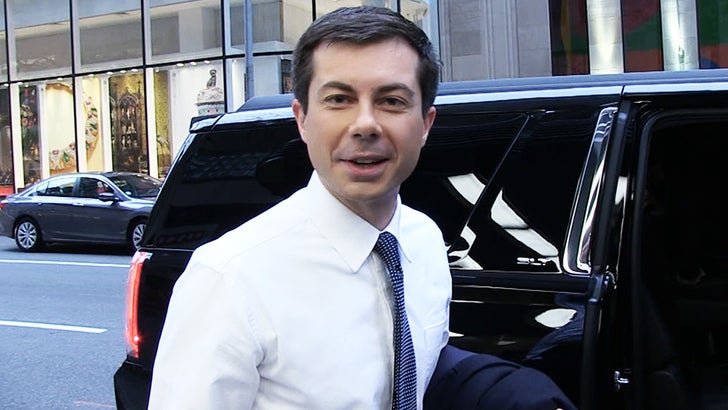 We know Mayor Pete Buttigieg likes to rock out, and if he wins the presidency in 2020 ... sounds like he's down to jam for an extended amount of time after he's sworn in.

Buttigieg was leaving NBC's 30 Rock in NYC Thursday morn when we asked who his dream performers would be at his inauguration ... seems he hasn't really thought about it too much. TBH, that IS a looooong ways down the road.

Still, our guy makes a suggestion -- based on what we know about Pete's musical preferences -- and we're thinking it'll get some fans phired up. If the band's interested, Buttigieg is too.

BTW -- Mayor Pete's been blasting some Phish tracks on the campaign trail ... including the deep cut "Tweezer - Reprise" from their 1992 album "A Picture of Nectar." It's a good jam.

Speaking of the campaign, Buttigieg tells us he knows there are some folks out there who would never vote for him, purely because he's gay ... but he's still going to try to win them over.