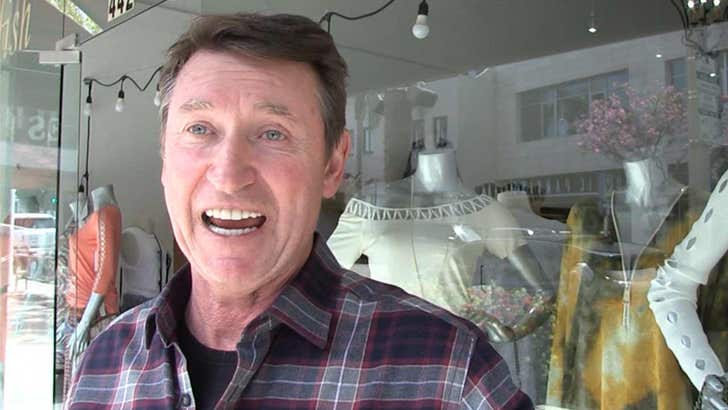 Wayne Gretzky ain't exactly up in arms about the punch Brad Marchand threw at the back of an opposing player's head Tuesday night ... telling TMZ Sports, "We've all been punched."

Marchand's been under fire -- some people calling the Bruins star a cheap shot artist -- after socking Columbus Blue Jackets defenseman Scott Harrington in the 3rd period of Game 3.

Harrington was on his knees outside the crease when Marchand took a shot at the defenseless player -- before skating away before the refs could see what happened.

Despite the fact the dirty play was captured on video, Marchand is not expected to be punished by the league.

We asked "The Great One" if he thinks Marchand should face league discipline.

"First of all, that's not my prerogative. That's up to the National Hockey League," Gretzky said.

"What we have now in the NHL, we have great refereeing and analyzing what's best for the game and I'm sure the NHL will take care of it properly."

When we pressed on if Wayne thought the punch was dirty, he explained ... "I didn't see the game. You have to see the whole game to understand what happened."

Our guy replied, "What did you think of the punch though, was it cheap?"

Gretzky laughed and said, "We've all been punched!"

We also talked to Wayne about the Tampa Bay Lightning being swept in the 1st round of the NHL playoffs after tying the record for the greatest regular season in league history.

The good news ... Wayne thinks the playoff loss was a testament to the amazing parity in the NHL -- and says he's convinced the Lightning will be right back in the mix for the Cup next season. 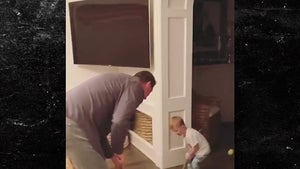 Wayne Gretzky Plays Hockey With 1-Year-Old Grandson, The Next Great One?!