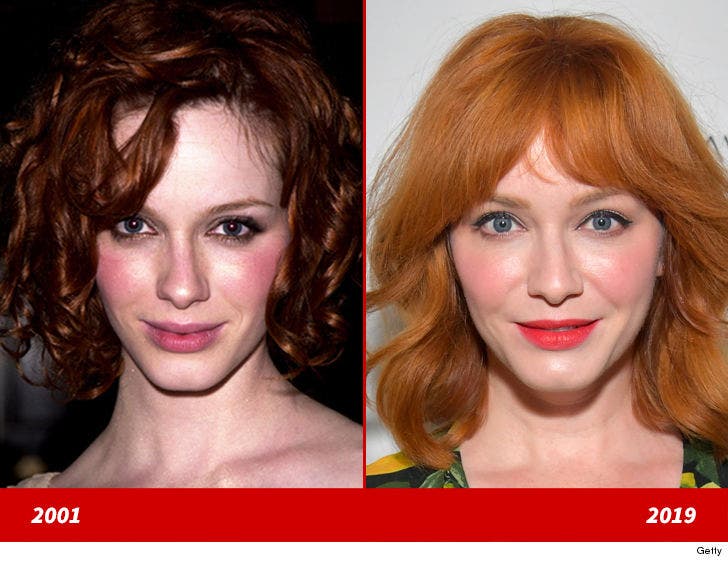 Here's a 26-year-old version of the "Mad Men" leading lady showing off her iconic crimson curls backstage at the GLAAD Media Awards in Century City, CA back in 2001 (left) and 18 years later ... the talented actress and model -- who is entering her second season acting as Beth Boland in NBC's comedy series "Good Girls" -- recently spotted rocking an amazing blowout at the launch party for David Burtka's new book in Los Angeles, CA just last month (right).

The fiery smoke show is also celebrating her 44th birthday this weekend!!!

Talk about a red, hot star. 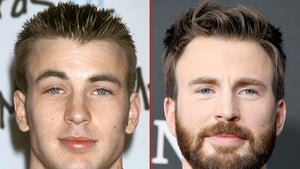 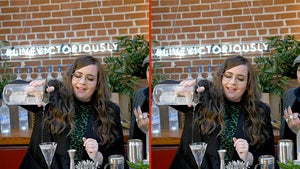