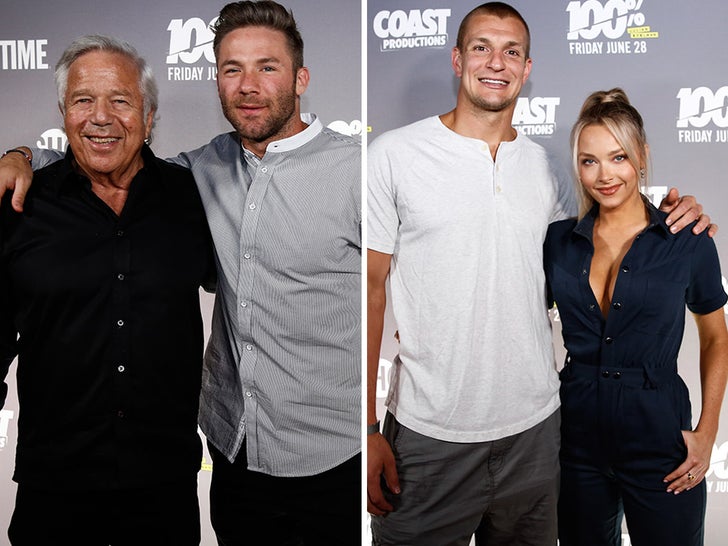 The gang's back together again ... with some of the biggest stars in New England Patriots history (minus 1 G.O.A.T.) reuniting at the premiere of Julian Edelman's new documentary.

It all went down in Foxboro on Thursday ... where Edelman was screening his new SHOWTIME flick, "100% Julian Edelman" ... which follows the Super Bowl MVP's life on and off the field.

Among the stars who showed up for the event -- Pats owner Robert Kraft and newly-retired future Hall of Fame tight end Rob Gronkowski!

So, where was Tom Brady? No word ... but he's been training like a maniac this offseason and working on his arm strength to prove he can still fire a football at speeds over 60 mph!