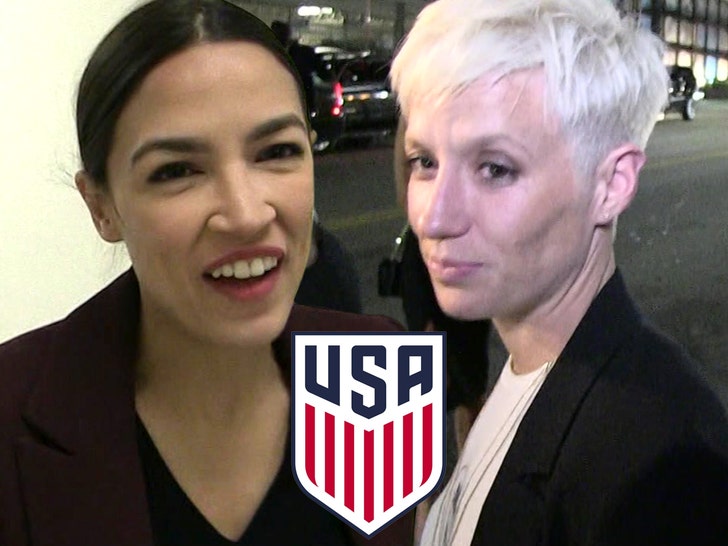 Alexandria Ocasio-Cortez is taking a break from her jam-packed schedule ... to root on the U.S. Women's Soccer team in their HUGE game against England.

Sources close to AOC tell TMZ ... she plans to get in front of a TV at 3 PM ET as the USWNT takes the pitch in the World Cup semifinals.

Obviously, the NY Representative will be cheering for a big victory, and we're told AOC's also following through on her recent invite to Megan Rapinoe and her fellow soccer stars to visit the House of Representatives when the World Cup's over ... win or lose.

Our sources say her team's contacting reps for USWNT today to set it up, officially. We're told the invitation includes a trip to the nation's capital to meet with AOC and House leadership.

The team will also get a full tour of the Capitol Building, including the House Chamber, and get a rundown on the history of the landmark.

As we reported, Rapinoe made it VERY clear she will not visit Donald Trump at the White House if the U.S. wins. The president responded by saying "Megan should WIN first before she TALKS!" ... adding that she "should never disrespect our Country, the White House, or our Flag, especially since so much has been done for her & the team."

Trump did extend an invite to the team, though ... also win or lose. It has yet to be accepted.

Of course, Rapinoe responded to the criticism by scoring TWO goals in the quarterfinal game against France, and AOC tweeted out a House invite to Megan and the team afterward.

It may not be the White House, but we’d be happy to welcome @mPinoe & the entire #USWMNT for a tour of the House of Representatives anytime they’d like. 🇺🇸 https://t.co/ccgqE8vCds 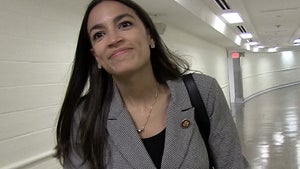