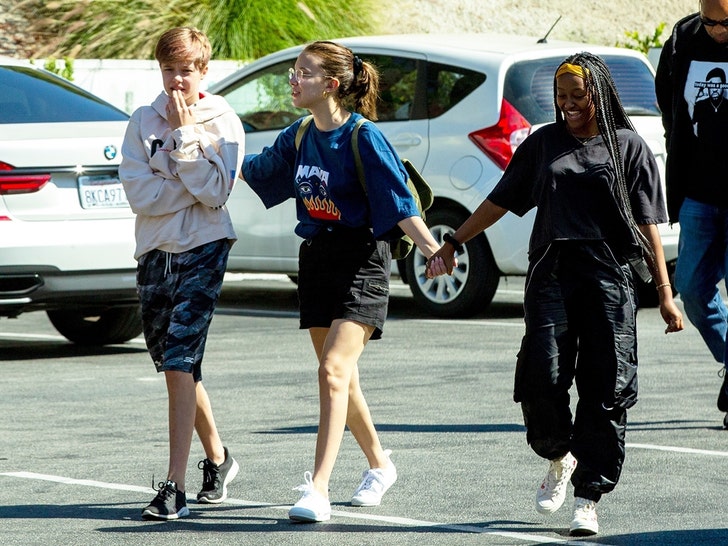 Welcome to the Upside Down -- where Millie Bobby Brown is apparently great pals with Brad Pitt and Angelina Jolie's kids all of a sudden.

The "Stranger Things" star was spotted Monday hanging out in L.A. with Shiloh Jolie-Pitt and Zahara Jolie-Pitt -- two of Brad and Angie's kids who are about the same age as MB ... early teens. We're told they were grabbing lunch at Mel's Diner.

Millie certainly seems friendly with both of them -- holding hands with Zahara, and with an arm wrapped around Shiloh. They were all smiles too as they strolled around together. 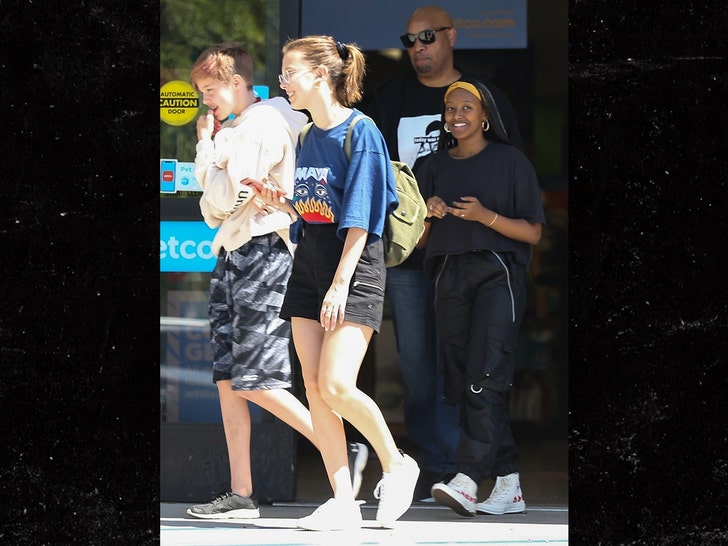 We haven't seen the Jolie-Pitt kids much without one of their parents hanging off their hip -- it's usually Angie who's out with the children in public ... but this time, it looks like the kids are on their own (with at least one bodyguard close by, of course).

As for Millie, she's befriended some super famous people in the biz since skyrocketing to fame as the star of the Netflix series -- everyone from Drake to Ariana Grande, as well as Aaron Paul and Maddie Ziegler, among others. She's kinda the It Girl of Hollywood.

Now, it appears the Jolie-Pitt family are getting their fair share of Eleven too, and the timing is nothing short of perfect. Season 3 drops this week ... it's supposed to be the best one yet. 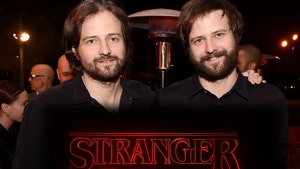 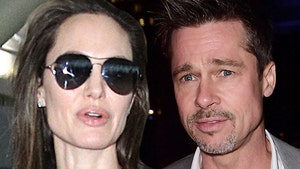