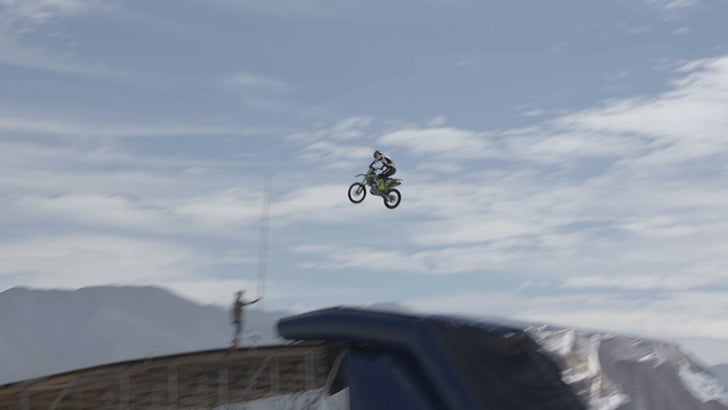 A daredevil attempting to jump a motorcycle farther than anyone severely injured both his ankles in a super scary crash during a practice jump for HISTORY's live TV special ... and the video is gnarly.

The rider, Axell Hodges, crashed hard while attempting to beat Robbie Maddison's world-record distance for a motorcycle jump -- 378 feet and 9 inches -- tumbling off his bike while trying to stick the landing.

Ya gotta see the video ... Axell is flying through the air on his dirt bike, but when he finally comes down on the other side of the jump, he loses control of the bike and his body goes skidding down the pavement. 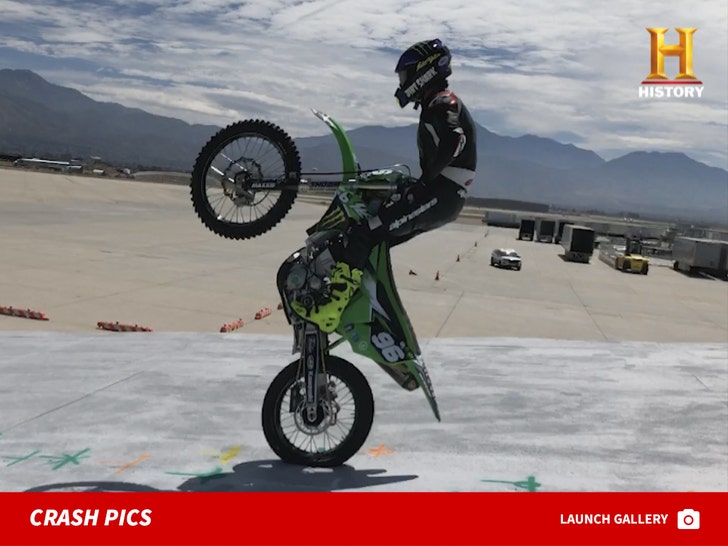