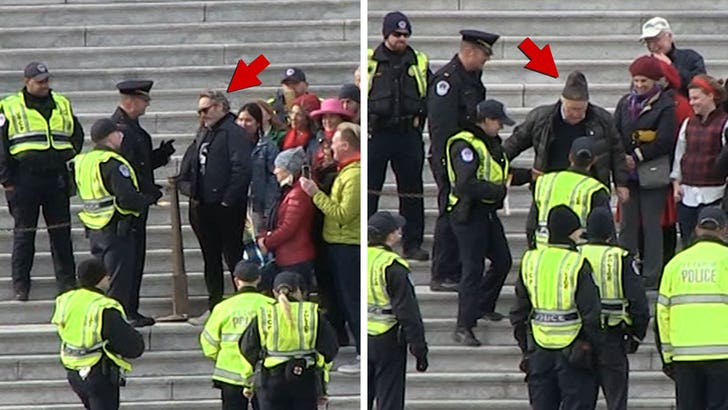 12:30 PM PT -- We spoke with Jane after the protest about climate change and the recent convo Alexandria Ocasio-Cortez had with our guy about her fears of bringing a baby into a world of global warming ... Jane had an interesting take. 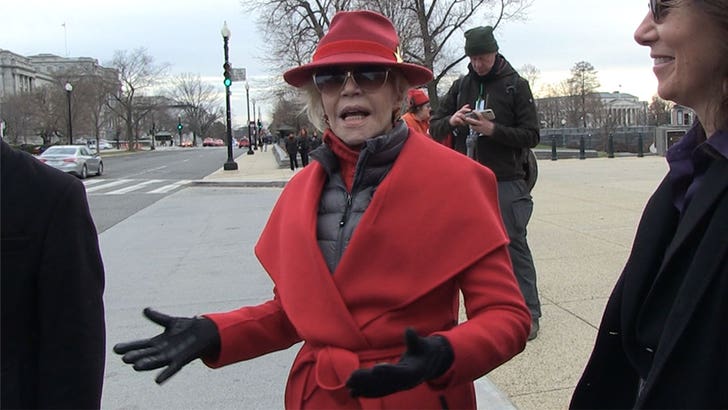 10:22 AM PT -- Joaquin and Martin Sheen were just detained along with a bunch of others at the protest.

Jane Fonda's star power knows no limits ... TONS of huge celebs, including Joaquin Phoenix, are risking arrest to help her protest in the Nation's capital.

Jane's call for fast action on a Green New Deal in Washington, D.C. has become a weekly Friday scene, and this week she's got Phoenix, Martin Sheen and Maggie Gyllenhaal, as well.

All protesters were just warned by cops that arrests are imminent if they don't cooperate and disperse. Friday's crowd is among the largest we've seen since Jane started the Fire Drill Friday protests. Joaquin, for his part, urged others to follow his steps and go vegan to help the environment. 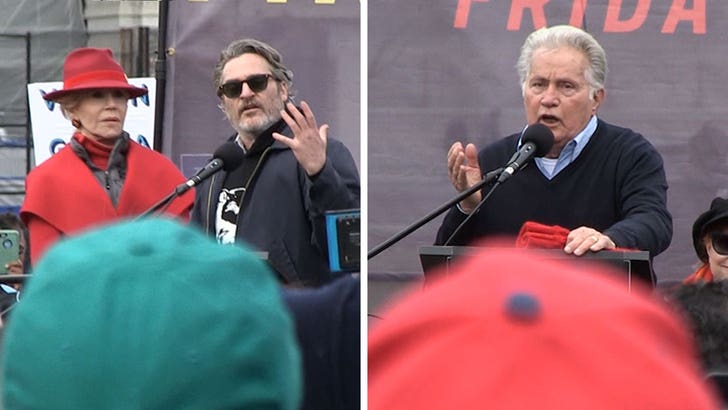 This week, the environmental protesters are calling for an end to all new fossil fuel exploration/extraction and the immediate stop to taxpayer subsidies to oil companies.

As we've reported ... Jane's army has been at it since October. She's gotten arrested on numerous occasions as have some of her famous pals ... including Sally Field, Ted Danson, Sam Waterston and Rosanna Arquette.

Jane's been cuffed 4 times and has to avoid getting locked up a fifth time because it could lead to substantial jail time. Her FDF folks have been adamant they can't afford that cause they need her around for her leadership.

This is the last FDF protest in the nation's captial. Next up is California. 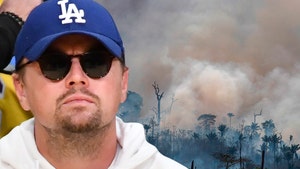 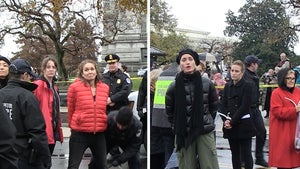