2:28 PM PT -- Prince Harry just gave a speech addressing the drama surrounding his family these past few weeks, and he says he actually wanted to continue as a royal ... but wasn't allowed to.

The Duke of Sussex delivered some remarks Sunday at a charity dinner in support of a foundation he runs which helps people with HIV and AIDS. He didn't mince words, getting right into the news of him and Meghan stepping away from royal life.

He says they actually wanted to continue serving as Royals on behalf of the Queen, but just wanted to cut the public funding part out. To his dismay, PH says that wasn't possible ... so he made a tough decision in getting all the way out. Harry says he had no choice.

Check it out for yourself - it sounds like he's pretty heartbroken about the situation, but acknowledges it was best for him and his wife ... whom he alludes has been under tremendous scrutiny and criticism from the press. He says he still loves his country and plans to continue serving others, so when it comes to that part of the gig ... no change.

Harry also says he's taking a leap of faith by venturing out like this, but says with the support of his countrymen and friends ... he thinks he and his fam will manage.

Prince Harry -- or Henry Charles Albert David for short, now -- is carrying on without a royal title just fine ... and he's even looking the part of a smart, casual commoner too.

The Duke of Sussex was spotted Sunday in London heading into the Ivy Chelsea Garden restaurant, where a social event of some kind was going down. PH was in attendance, obviously, which is interesting considering he's no longer His Highness ... just Harry.

Fact is, Harry doesn't rep the Queen or the Commonwealth anymore after an agreement between him, his wife, Meghan, and his grandma was reached just this weekend. Buckingham Palace says they'll still uphold the Royal Family's values, just informally.

That said, it's clear Har here still has the access and privilege of being a Royal -- he continues to hit public events like this and is probably rubbing shoulders with folks along the way. And, while he comes from nobility, he doesn't have the added pressure anymore.

Just check out the way he's dressed -- chic, modern ... and dare we say, loose and free? 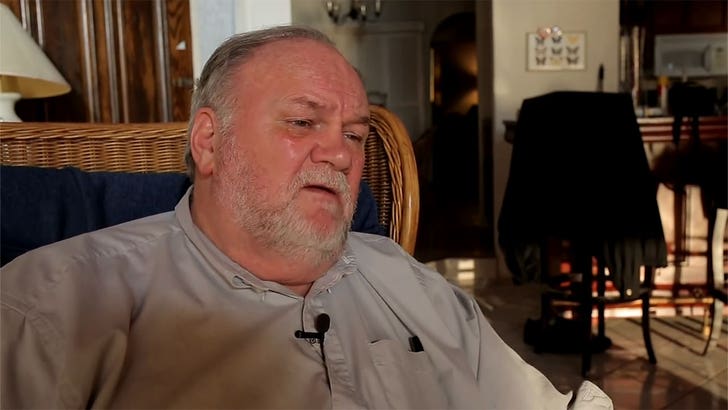 Meanwhile, Harry's father-in-law, Thomas Markle, slammed his and Meg's decision to step away from royal duties and royal life in general ... calling it "embarrassing." He also said what Harry and Meghan had done reduced the Palace to a Walmart with a crown.

We're not so sure about all that -- and it doesn't seem like Harry sees it that way either. Dude's just living his life ... pomp and frills be damned. 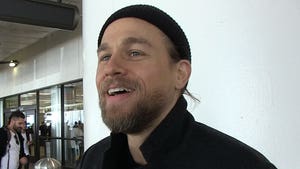