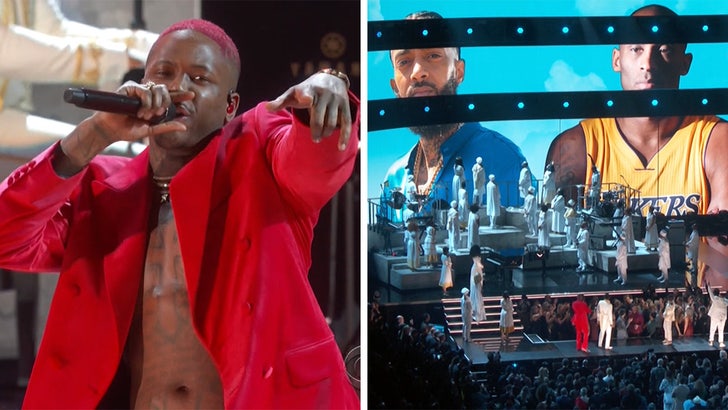 Nipsey Hussle was honored at the Grammys by some of music's biggest stars ... a tribute that also included a shout-out to Kobe Bryant.

DJ Khaled, John Legend, YG and others took the stage Sunday to remember the rapper with an emotional performance. YG, who was arrested Friday in L.A. made his first public performance since the incident ... but did not make any mention of what happened.

At the end of the tribute, a graphic of both Kobe and Nipsey was projected on the stage and DJ Khaled took the mic to remember Kobe.

TMZ broke the story ... Kobe, his 13-year-old daughter and 7 other people were killed in a helicopter crash Sunday in L.A. Bad weather conditions are a possible cause of the crash. The impact of his death has been felt across the world ... and Grammy host Alicia Keys took a moment to honor Kobe at the beginning of the show. 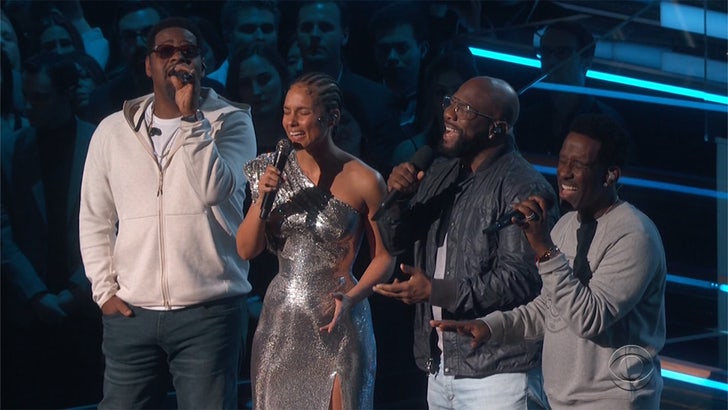