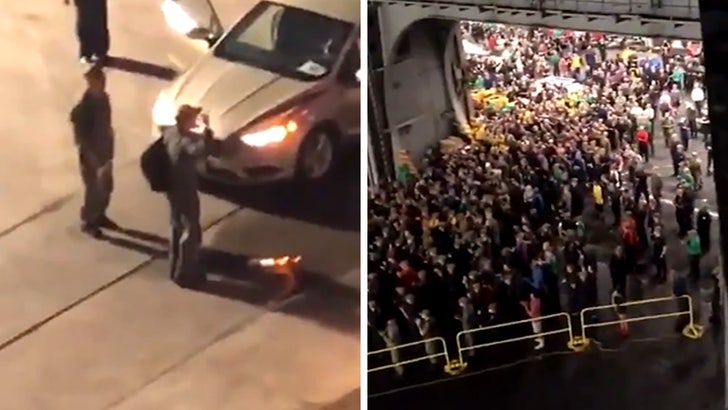 The U.S. Navy captain fired for sounding the alarm on a COVID-19 outbreak aboard his ship got a tremendous show of support from his sailors as he was dismissed.

Capt. Brett Crozier's send-off is the stuff of Hollywood movies ... Thursday night in Guam he walked the gangplank off the USS Theodore Roosevelt -- and the entire crew chanted "Captain Crozier! Captain Crozier!" while giving him a thunderous applause. 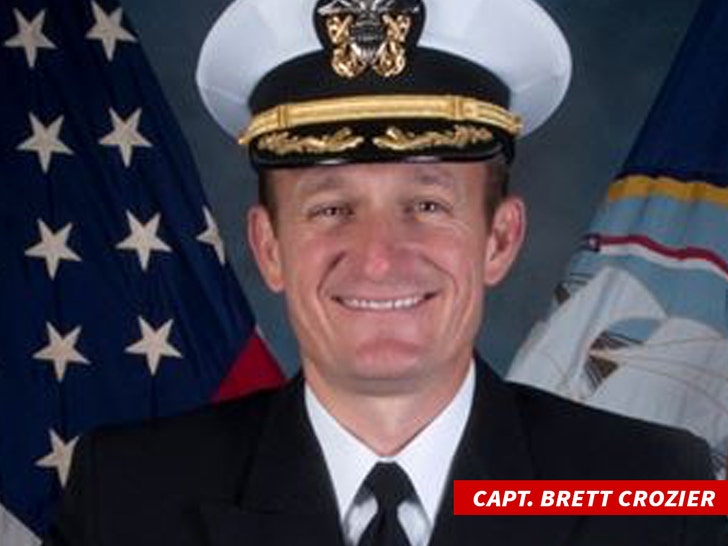 Crozier walked alone down the plank before getting one final salute.

The scene played out hours after the acting secretary of the Navy, Thomas Modly, announced Crozier's firing for writing a letter to Navy commanders about COVID-19 cases on his ship.

The letter, which leaked to the media, said "sailors do not need to die," and he urged officials to remove his crew of 5,000 sailors from the ship to slow the spread of the virus.

Modly chastised Crozier and said he expressed "poor judgment" for not safeguarding the info. Modly also said Crozier was being relieved of his duties because, "I lost confidence in his ability to lead that warship as it continues to fight through this virus." 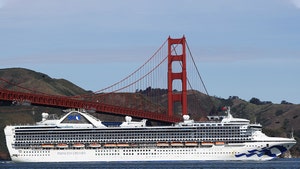