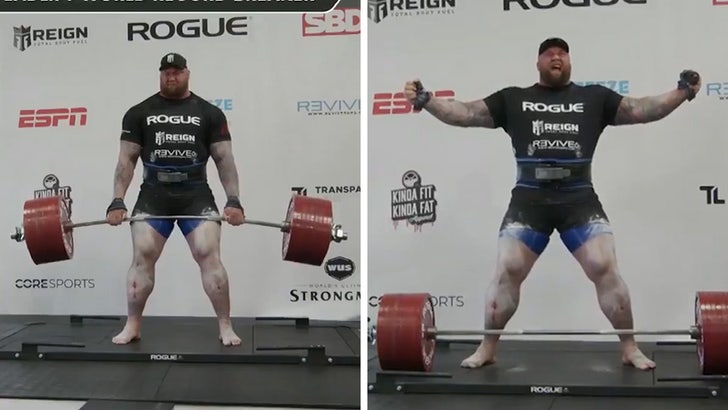 The Mountain from "Game of Thrones" just broke an almighty weightlifting record that once belonged to his archrival ... and now, he wants to break the dude's face in the ring.

Hafthor Bjornsson -- who played The Hound's brother on the hit HBO series -- set a new world record Saturday by deadlifting 501 kilograms (about 1,104 lbs) and staying standing upon releasing the massive weight, while he was getting gassed up by his squad nearby.

It's an incredible feat, and before this ... his muscle-man foe, Eddie Hall, held the record at 500 kg from just a few years ago when he deadlifted at the World Deadlift Championships.

It should be noted that Eddie went down in utter exhaustion after his lift, BUT ... he did hold the bar up longer than Thor did. In any case, The Mountain's got him beat with this latest show of strength, but the feud's not over ... 'cause the guy wants to settle this once and for all in the ring -- as in boxing. He said as much in a post-interview, where he challenged Eddie to a fight in the ring, during which he says he wants to dole out a KO.

Welp, Eddie has already responded to the call ... saying he will "1,000 percent sign those papers" while going on to explain it's not for money or glory, but to teach The Mountain a lesson after he apparently called Eddie a cheat at a competition they were both in once upon a time. 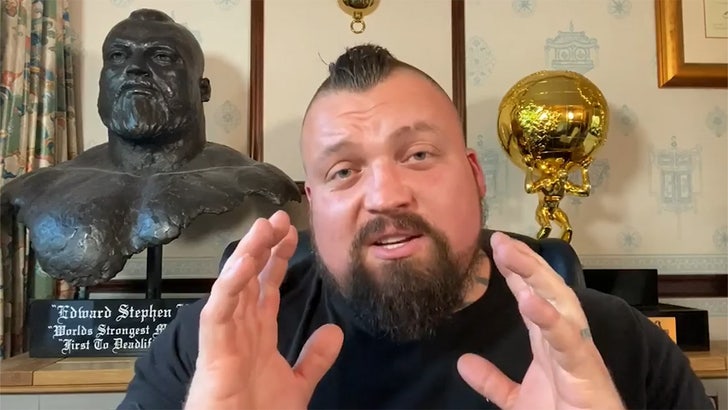 EH also makes a point to say he was never naive enough to think no one would ever beat his record -- but it sounds like this bitter rivalry will, in fact, end up with gloves on. 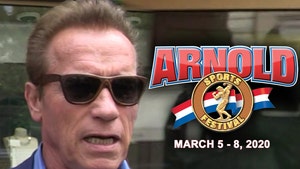 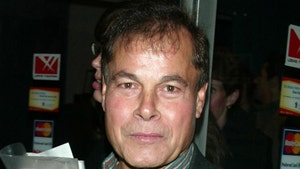