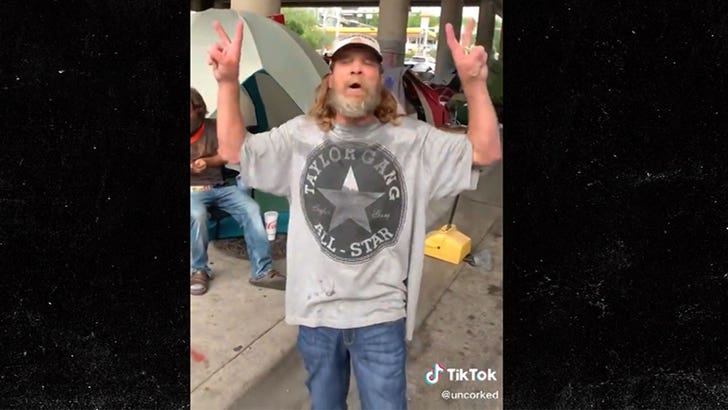 6:41 AM PT -- 6/2 -- The homeless man based out of Austin who had his literal street-side home and belongings torched by out of control looters just got blessed and then some by good people who came to his rescue.

Somebody followed up with the dude, and he told them he'd been gifted a brand new tent to sleep in, as well as an air mattress, new clothes, food and even some cash. Looks like folks saw the video of his stuff getting burned up this week and jumped on the good deed train.

It's a full 180 to how this guy sounded when it was all happening in real-time -- he sounded so broken and hurt ... now, he's overjoyed, and ya love to see it. Just goes to show you that, yes, even during these unruly times ... love trumps hate in the end. Good stuff. 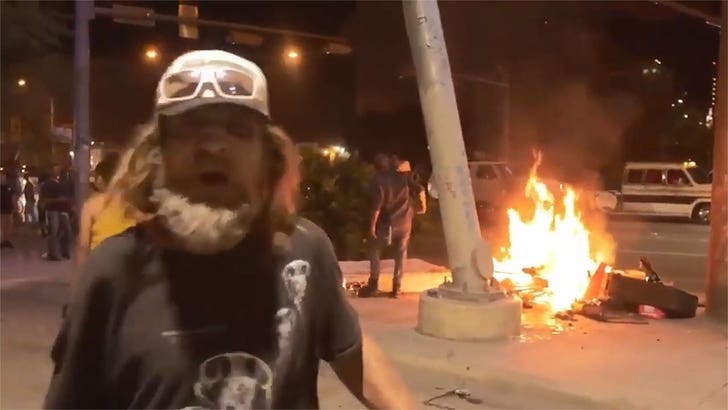 This is heartbreaking and so hard to watch ... but rioters in Austin destroyed the small comfort of a homeless man by setting his mattress ablaze, and you hear his anger and torment.

It happened over the weekend ... you see a rioter toss the mattress onto a bonfire on the sidewalk, and the homeless man cries out, "I live here!"

He says, "I live here. What the f*** are you doing?" He's not yelling at the perpetrator ... that person fled as soon as he did the damage. The homeless man was speaking to the camera ... as if pleading for help from anyone who would listen.