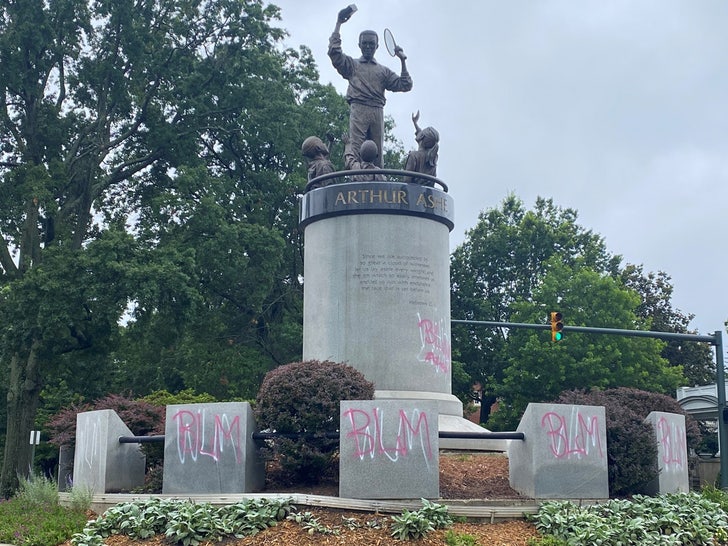 A statue of African-American icon Arthur Ashe has been vandalized with "White Lives Matter" and "WLM" in Virginia ... and now police are investigating.

The monument was tagged in white spray paint early Wednesday morning ... and law enforcement says they have info on potential suspects.

The original vandalism was later written over with "BLM" in red spray paint ... and local reports say community members were already trying to remove the graffiti by the time cops arrived to the scene.

🚨BREAKING: Someone spray-painted "WLM," on the Arthur Ashe statue, "BLM" was painted over it.

Ashe, a tennis legend & Richmond native, has the only African American statue on Monument Avenue, amongst the other 5 Confederate leaders. pic.twitter.com/eADAGknL0S

Ashe -- who broke barriers in the sport of tennis in becoming the first black man to win the Wimbledon, Australian Open and U.S. Open -- was honored with a statue in his hometown of Richmond in 1996.

It's worth noting ... the Ashe tribute is part of Richmond's Memorial Avenue, which is filled with statues to Confederate leaders that have been attacked by protesters following George Floyd's death. 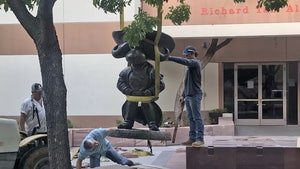 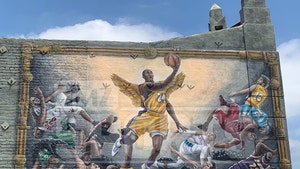