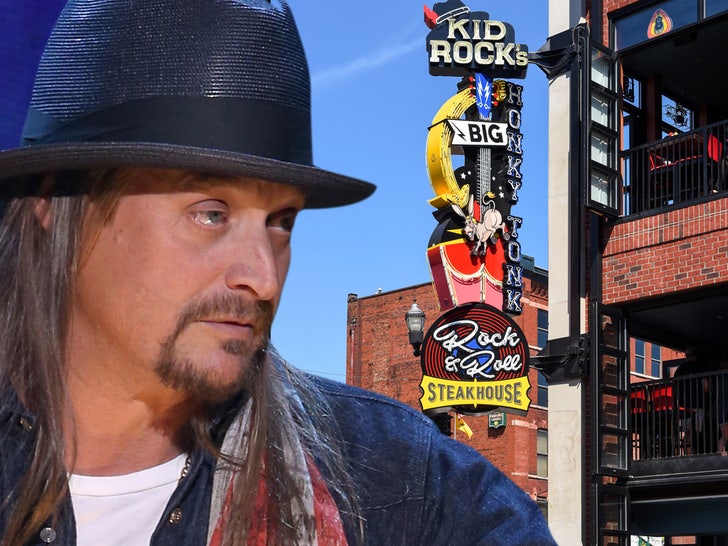 Kid Rock's Nashville honky-tonk will have to operate booze free ... after having its beer license suspended for violating COVID-19 safety guidelines.

The Metropolitan Beer Permit Board -- yeah, it's a thing in Nashville -- gave Kid Rock's Big Ass Honky Tonk & Steakhouse a 5-day beer permit suspension after it, along with 3 other downtown joints, were caught serving patrons at the bar area last weekend.

According to local health guidelines, beer and other alcohol can only be served at tables and booths ... bar areas must remain closed until Nashville enters the next phase of its reopening.

In response to all of this, restaurateur Steve Smith -- who co-owns the joint -- told The Tennessean newspaper, "The Nashville government is, like, communist. They've got us behind a Berlin Wall." He went on to say, "We met with Mayor Cooper and the doctors weeks ago and explained how having bar service is safer than table service. They're doing everything they can to put us out of business. The state of Tennessee is already in Phase 4 and they're talking about holding us in Phase 2. It's against our constitutional rights."

For what it's worth, Kid Rock's bar/restaurant was among 12 recently cited for violating public health orders by exceeding maximum capacity. 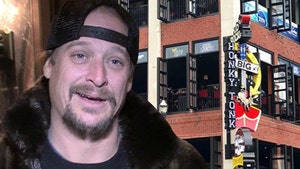 Kid Rock's Nashville Bar Will Close Over Coronavirus After All 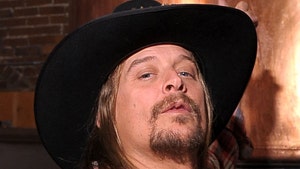