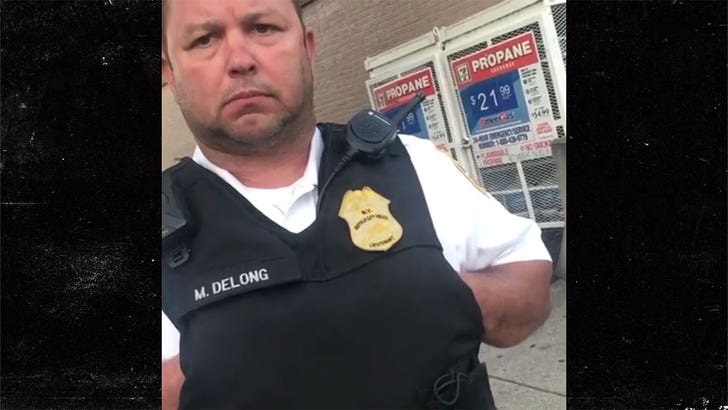 The Buffalo Police Department once again is in the news and, once again, for all the wrong reasons ... after a lieutenant called a woman filming him a "disrespectful little f***ing c***."

The incident unfolded Sunday at a 7-Eleven parking lot in Buffalo ... whereas many as 10 police officers responded to a call. The lieutenant -- Mike DeLong -- told the woman filming him they were responding to a man with 2 crack pipes who had allegedly attacked his mother.

The lieutenant can be seen telling the woman, "We have cameras too" before she tells him to get away from her. The woman, who posted the video to Facebook, asked the lieutenant if having so many officers at the scene was really necessary.

Check out the video ... you then see the lieutenant appear to walk away before saying, "You're a disrespectful little f***ing c***, that's what you are." The woman fires back, "Thank you, you're going to be viral." Unperturbed, the lieutenant responds, “I don’t care if I go viral, I really don’t.”

The woman who posted the video said she was pulling out of the 7-Eleven parking lot when she saw police cars roll up. She said she started recording because she saw 5 cops -- including a female cop with a baton in her hand -- walk toward the man in question. She said, "I was immediately concerned. I've lived on the westside of Buffalo for my whole life (pre-gentrification), I've seen people in my community battle substance abuse and mental illness. He seemed off, but I was not threatened by him in the slightest."

You can see in the video cops keep their distance before the man's eventually placed in a gurney and wheeled into an ambulance. The woman ended her caption with this, "Armed police officers should be able to effectively do their job without being threatened by civilians recording them."

The Police Commissioner has ordered an immediate internal investigation into the incident. 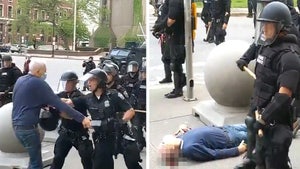 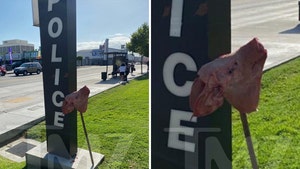