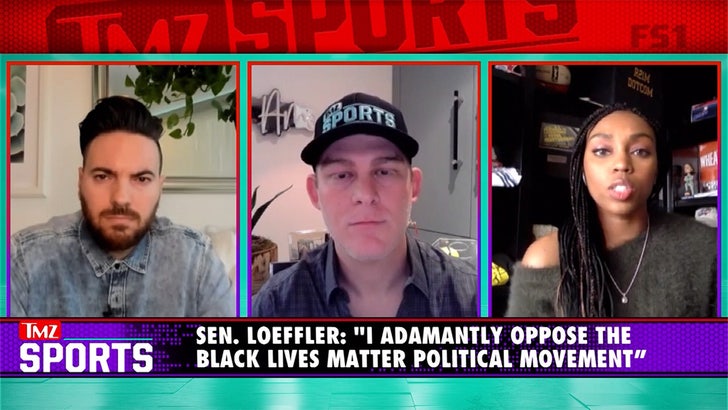 "I wonder why Senator Loeffler wants to even be involved with a brand that just doesn't align with her views."

As we previously reported, Loeffler -- a U.S. senator from Georgia -- is strongly against the WNBA's social justice plans ... and even penned a letter to the WNBA Commissioner explaining her position.

"The truth is, we need less -- not more politics in sports. In a time when polarizing politics is as divisive as ever, sports has the power to be a unifying antidote."

Montgomery -- who recently announced she's opting out of the 2020 restart to focus on social justice issues -- says she's read Loeffler's comments, and she has a question for the Senator.

"I'm just curious, I wonder why Senator Loeffler wants to be involved with a brand that just doesn't align with her views. I don't understand the connection," Renee said on the "TMZ Sports" TV show (airs nightly on FS1).

Montgomery says she's trying to understand where Loeffler is coming from ... and hopes the two can sit down face-to-face and have a constructive conversation.

"Have your people call my people. For real. Let's talk about it," Renee says ... "I think that when people have such opposing views that maybe we won't agree, but we can come together and have an understanding. So, let's talk."

We asked Renee if she thinks players will boycott as a result of Loeffler's comments -- she doesn't think that will happen.

Catch the full segment -- and a lot more with Renee -- on the "TMZ Sports" TV show on FS1.