3:11 PM PT -- Naya Rivera's father, George Rivera, just recently arrived at Lake Piru with the rest of the family -- and it's clear he was yearning to connect with his daughter any way he could. 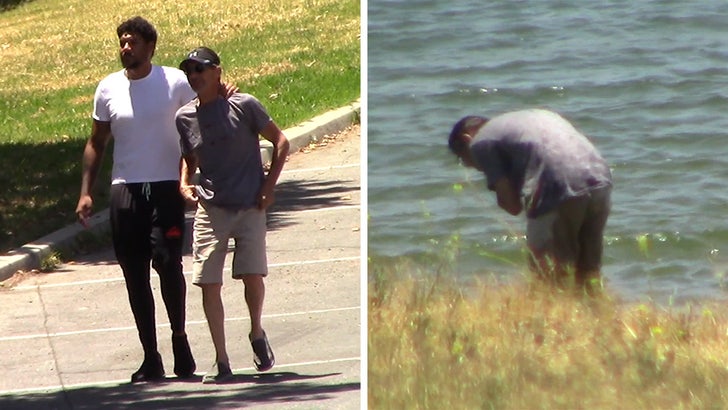 As soon as George was withing an eyeball's distance from the lake, he beelined it for the water and went in to around knee-level. He then doused his face with the water in what looked like a very emotional moment for him.

Naya Rivera's mother and brother visited the place their loved one disappeared to help find her -- and the image of them looking out at Lake Piru beforehand is devastating.

Sometime over the last day or so ... Naya's mom, Yolanda, and her younger brother, Mychal, were at the dock where Naya's boat departed Wednesday -- only Yolanda was on her knees with her arms stretched out toward the water, and her pain is palpable.

The search continues for Naya Rivera. @VENTURASHERIFF told press that this man and woman are Naya’s mother and brother. Her mother is kneeling on the dock with her arms outstretched towards the water. pic.twitter.com/5q6eGrWojR

Mychal stood by, stoically staring out as well. The "Glee" actress and singer has one other younger sibling, Nickayla, who didn't appear to be present. On Saturday, the two of them boarded a boat and put on life vests to help with the search.

It goes without saying ... the Rivera family is incredibly close. 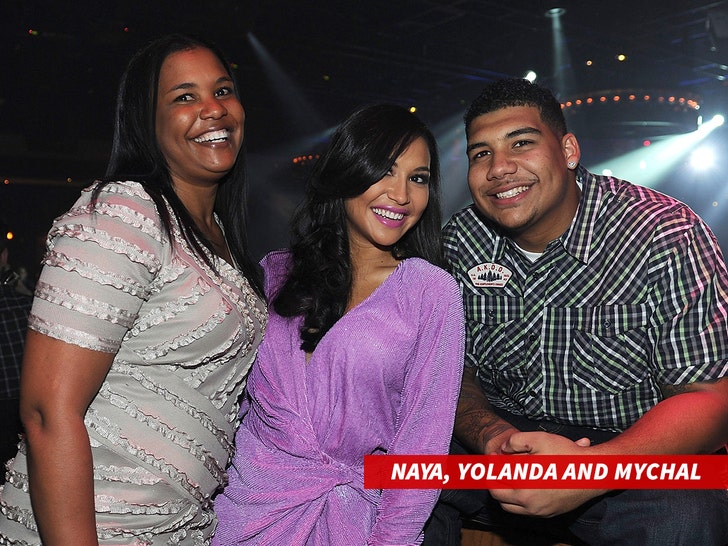 As of Saturday afternoon, Naya's body had not been found. Ventura County authorities say she is presumed dead -- this after she took the boat out Wednesday with her 4-year-old son, Josey, but never returned. Josey was later found in the boat by himself.

Josey told officials that his mother had gone into the water but never came out. 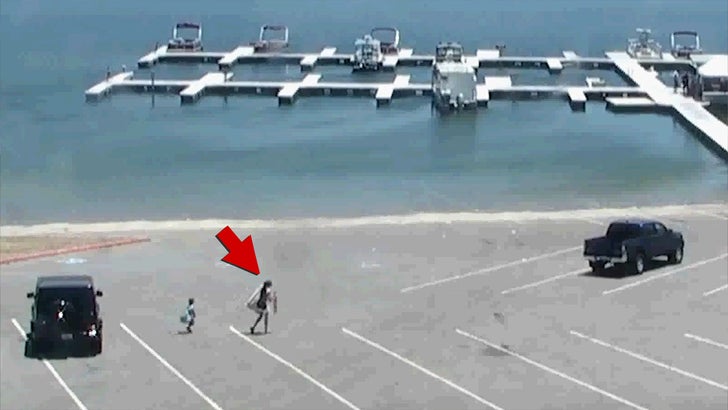 Remotely operated vehicles are now being used to search the lake in the recovery mission ... but the task is extremely difficult given the debris, vegetation and trees that litter the water. 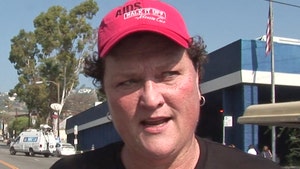 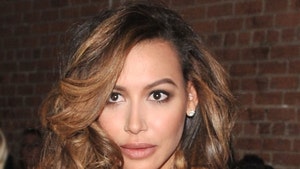