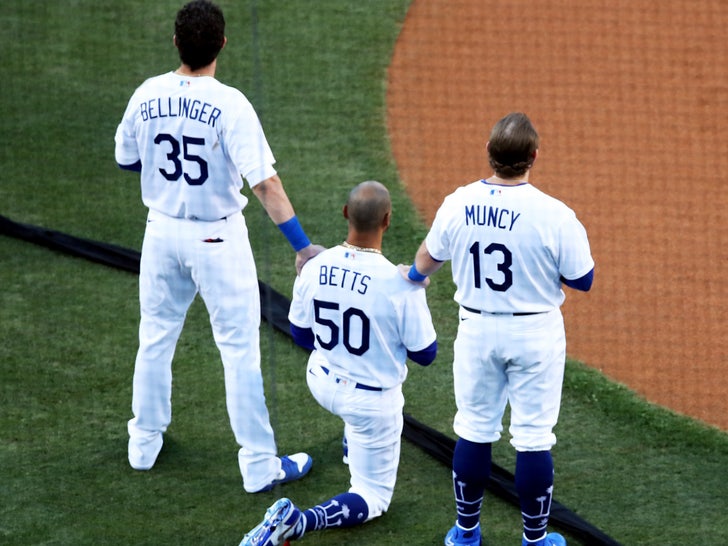 Mookie Betts dropped to a knee during the national anthem before his 1st game with the Dodgers on Thursday ... and some of his teammates, including N.L. MVP Cody Bellinger, showed major support for the move.

The new superstar outfielder displayed his dismay for social injustice in America by kneeling for the song before the Dodgers' home opener against the Giants ... and Bellinger and Max Muncy quickly jumped to his side.

Belli put his right hand on Betts' left shoulder, while Muncy put his left hand on Betts' right ... and afterward, the new Dodgers star said he hopes his actions can bring about change.

"I know my dad served and I'll never disrespect the flag," Betts said, "but there's also gotta be change in the world, and kneeling has nothing to do with those who served our country."

Mookie added, "Today was just to unify both sides and just to show that we are here for change."

Betts says he's unsure if he'll continue the kneeling throughout the season ... he told reporters he wants to focus more on tangible action rather than demonstrations going forward.

"I think kneeling is definitely something that shows we need change," Betts said, "but also I have to put some action into play as far as away from MLB."

No other Dodgers joined Betts in the kneeling ... however, several Giants players continued their tradition of taking knees on the opposing baseline.

Major League Baseball, meanwhile, did its part in recognizing the fight for racial equality on Opening Day Thursday... it played Black Lives Matter videos before both the Dodgers game and the Yankees-Nationals game. 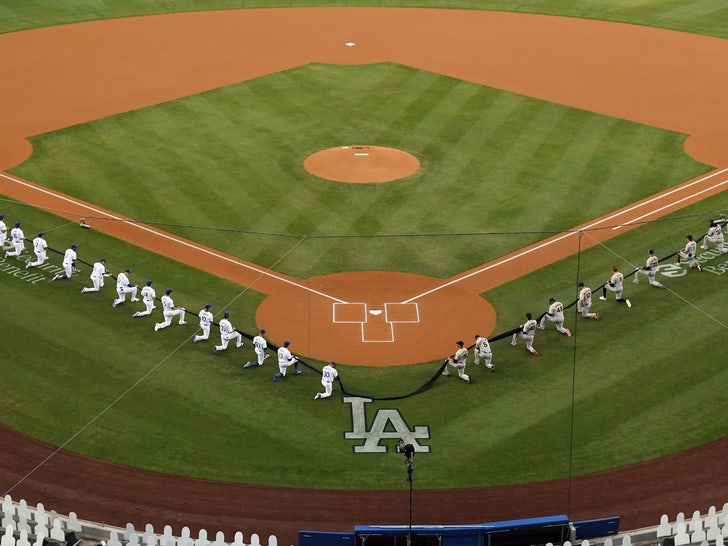 The league also had players join in holding a long sheet of black fabric ... while many others on the Yanks, Nationals, Giants and Dodgers kneeled to show unity just before the national anthems began playing.

Several players also wore Black Lives Matter patches on their sleeves ... while pitchers pitched on mounds that had BLM stenciled into them. 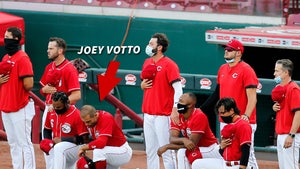 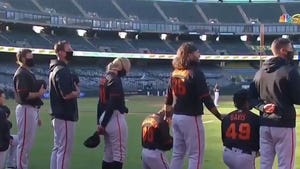