3:26 PM PT -- Lebanon's prime minister, Hassan Diab, says the explosions were caused by 2,750 tons of ammonium nitrate that had been sitting unsecured for 6 years in a warehouse ... and he's vowing to punish officials deemed responsible.

For context, the Oklahoma City bombers used 2 tons of ammonium nitrate to build the bomb that blew open the Alfred P. Murrah Federal Building way back in 1995, a deadly explosion that killed 168 people.

2:07 PM PT -- Here's video of a church service being disrupted by the blast, which sent folks running as stained glass windows rained down from above. 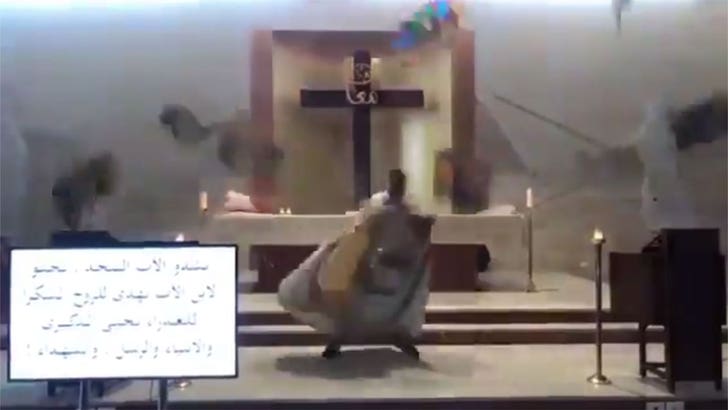 Church services are being televised in Lebanon due to the pandemic, and people watching mass from home saw the destruction to their place of worship.

Beirut looks like an atomic bomb went off, after a massive explosion rocked the city and left hundreds of people severely injured.

Several videos captured the terrifying moment Tuesday in the Lebanese capital -- where, at first, a port-adjacent building simply appeared to be on fire with smoke billowing up. 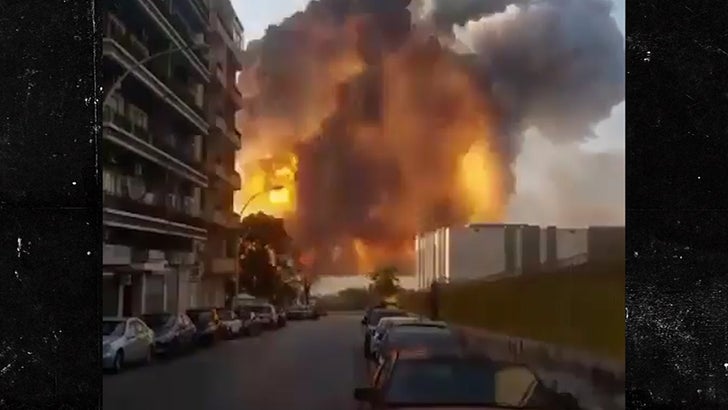 Suddenly, a massive explosion erupted from the site ... sending a huge mushroom cloud into the air ... along with debris and shockwaves.

It immediately engulfed the area ... and people were screaming in horror at the sight. The scene was frighteningly similar to watching the Twin Towers fall on 9/11 -- although it's unclear yet if the Beirut explosion was a terrorist act. 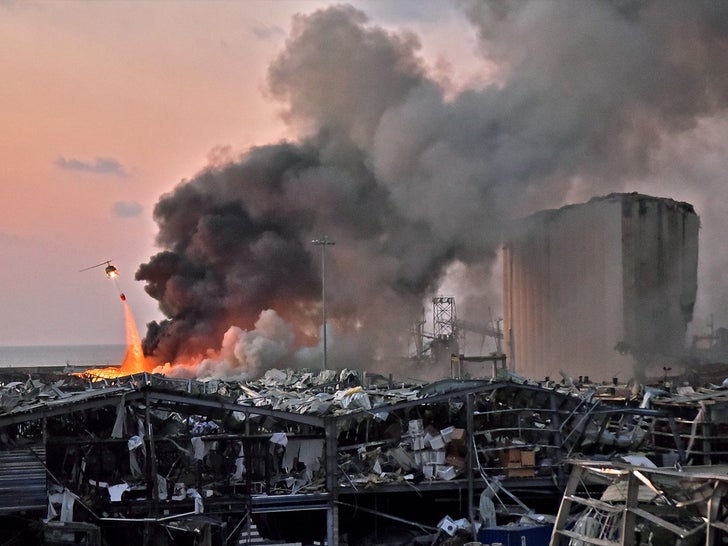 Lebanese news agencies have reported it started with a fire in a building housing fireworks -- but other reports say there were high-powered explosives in there.

Based on the size of the blast, the latter makes more sense.