Wayne Fontana -- a '60s pop star known for his massive hit, "Game of Love" -- has died at a hospital in England.

Wayne died Thursday with his long-term partner by his side ... according to a family statement released by his managers.

He was most famous for being the lead singer on that 1965 #1 single with his backing group, The Mindbenders.

After Fontana left the group, they went on to score another big hit with " A Groovy Kind of Love."

Wayne had his own success with a pair of top 20 hits -- "Come on Home" in 1966 and "Pamela Pamela" in 1967. He was also one of the performers at the first Glastonbury Festival in 1970, but struggled to maintain his solo career in the decades that followed. 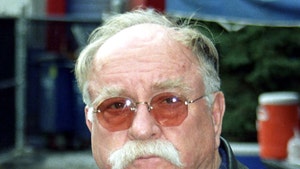