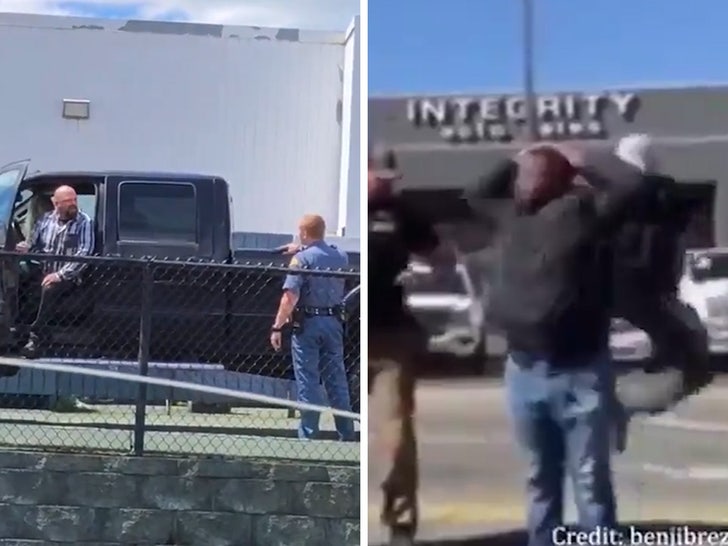 These 2 videos are circulating, showing 2 very different interactions between civilians and cops, and it's pretty eye-opening.

This policeman in Washington state is super patient with a suspect of white persuasion.

Man, I wish Jacob Blake, and George Floyd, and Breonna Taylor, and so many more had been given this much consideration as human beings... pic.twitter.com/ZsrmFYwhKI

Check out the white guy in the pickup truck screaming at a cop in Washington state who has a gun pointed at him. The driver is enraged and uncooperative, hurling profanities, jumping out of the truck and even threatening to kill the cop ... all as the officer patiently listens. It never escalates into physical contact.

I thought all you had to do was comply and you wouldn’t be shot or brutalized by police. 🤔🤔 pic.twitter.com/b1lVsuRx5i

Now compare that with the second video, where a black man is stopped by Sacramento County Sheriff's deputies. His hands are up in the air ... he is clearly surrendering peacefully, yet one of the cops kicks the guy in the back and then the other cop joins in, pummeling the man.

The incident went down in March, and this month the Sheriff announced a deputy in the confrontation was disciplined. The announcement was in the singular, so it appears the only deputy who was disciplined was the one who kicked the man in the back.

It can't be dismissed as a one-off anymore. There are clear, systemic inequities in the way too many cops treat black vs. white civilians. 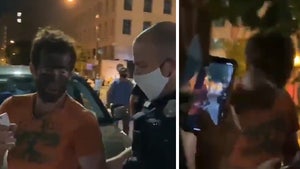 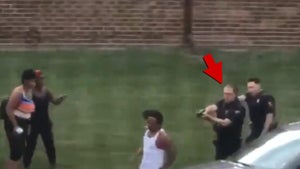