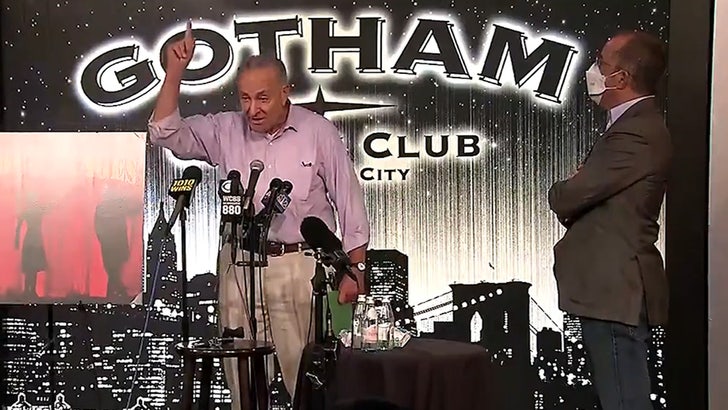 Senator Chuck Schumer just tried his hand at stand-up alongside one of the comedy greats, Jerry Seinfeld, and we gotta say ... he ain't half bad!!!

Chuck was in NYC Sunday at the famous Gotham Comedy Club, where he and Jerry were pitching a new bill the Senator from New York wants to get introduced in Congress ... which will help fund comedy clubs and live venues throughout the city to keep them afloat.

While they were talking shop, Schumer eventually waded into the humor side of things and told a verrry long joke ... which came to him courtesy of his retired parents, who took a college humor course and told it to him.

We'll let Chuck do the talking here, but short story long ... it's about a lady who comes before a judge for being a kleptomaniac -- and who gets no love from her hubby in the end.

You gotta watch for yourself, 'cause it's actually pretty hilarious ... and Sen. Schumer has great timing and delivery. It's funny too, Jerry turned to the folks in the room who might not have gotten it at first to explain the punchline. The whole thing's a riot.

Schumer: "Jerry Seinfeld said there are four levels of comedy. First, you make your friends laugh -- I'm sort of at that level."

Schumer: "Second, you make strangers laugh -- none of them laughed so." pic.twitter.com/11hjrGZmuH

In self-deprecating fashion, Chuck joked he was probably at the first level of comedy that Jerry outlined in his own remarks -- but frankly, he's selling himself short. Dude's funny.

You're at least at level 2, SCS ... maybe this could be your second act! 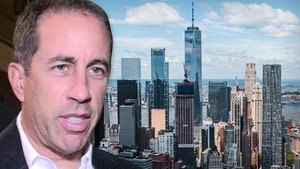 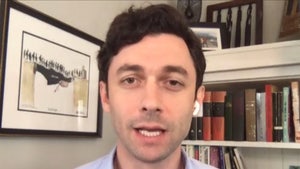