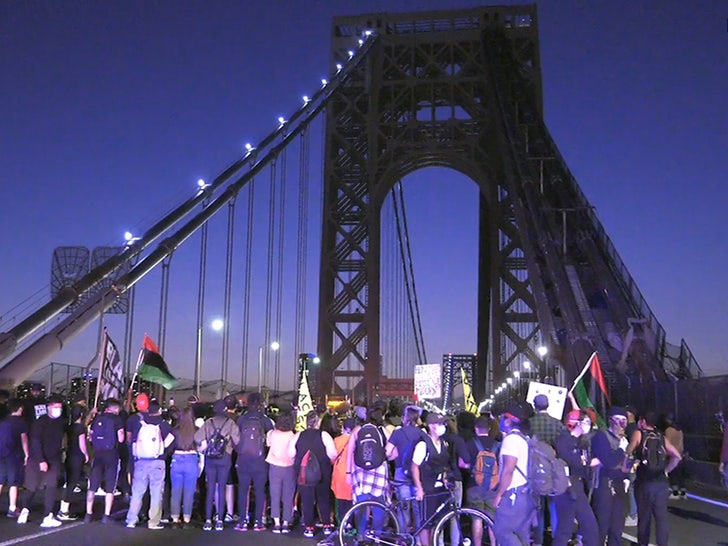 Black Lives Matter protesters were out in force Saturday night, stopping traffic for a time on the George Washington Bridge in NYC in a loud, tense but mostly peaceful protest.

The crowd chanted "No justice, no peace" as protesters put cones on the bridge to prevent traffic from crossing. The bridge was blocked for only 40 minutes, but the point was certainly driven home.

There were some tense moments between police and protesters, but for the most part, it didn't get out of hand. There were a few shoving matches between protesters and police. At one point you see a cop push a protester who falls on the pavement.

The protest then moved to the 34th Precinct where the group continued to demonstrate, chanting, "F*** the police."

The NYPD says 6 people were taken into custody. 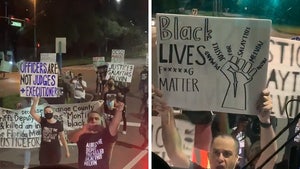 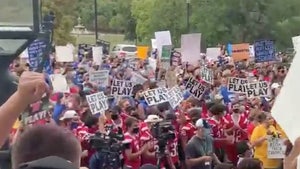