Young actor Nathan Gamble is best known for one of his breakout roles when he was cast as the superhero loving son of Commissioner James Gordon -- whose character was played by the award-winning Gary Oldman -- in Christopher Nolan's second film in the Batman trilogy, 'The Dark Knight'.

Gamble is cast alongside an incredible line up of actors and actresses including Maggie Gyllenhaal as the main love interest for both of the lead actors, Rachel Dawes, Christian Bale as Batman himself and, of course, Heath Ledger in his iconic final role as the Joker before his passing. 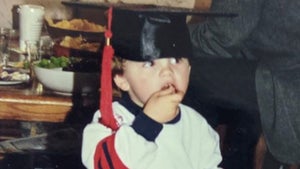