Demi Lovato's ex-fiance, Max Ehrich, had some choice words about their breakup, saying he learned about it from the media while he was filming a movie to lift people up.

Ehrich posted his thoughts early Saturday AM, saying, "imagine finding out the status of your relationship through a tabloid ... while your in the middle of filming a biopic movie about a Pastor in a Christian Church whose intention of the film is to help people." 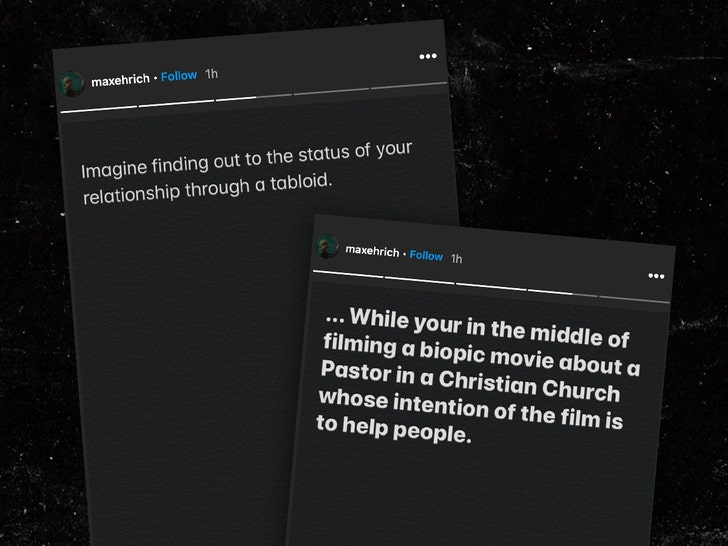 For her part, Demi was clearly telegraphing her singleness, posting a pic sans engagement ring. In case fans didn't get her point, her t-shirt had the following words emblazoned on it ... "Dogs over people."

Demi and Max got engaged 2 months ago on the beach in Malibu. Max, a regular on "Young and the Restless," and Demi began dating in March.

As for why they split ... some reports say Max got tricky on the Insta's of Selena Gomez, Miley Cyrus and Ariana Grande. Demi scoffed at the reports, saying they were fake. 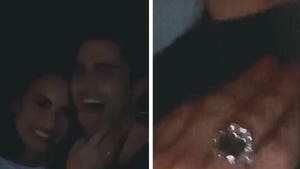