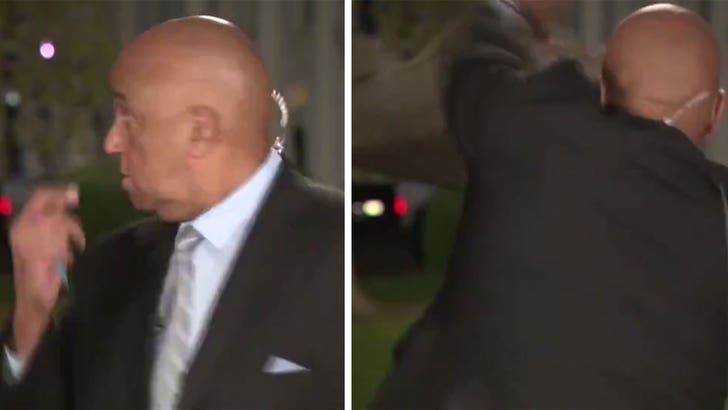 Frickin' raccoons, man ... they're feisty little beasts -- especially the ones in DC -- as CNN reporter Joe Johns learned while trying to report on President Trump's schedule.

The hilarious moment of levity went down early Wednesday morning on one of the White House lawns as a pesky raccoon interrupted Joe setting up for a live shot.

Joe stood his ground and yelled, "Get!!! AHHHHHH!!!!" ... trying to scare off the furry photobomber. He even threw a large object in its direction, but the raccoon kept coming.

JJ inched closer to losing his cool, and had some harsh words ... but we'll give him credit for not cursing while wearing a hot mic.

Apparently, this is an ongoing problem at 1600 Pennsylvania -- Joe later tweeted it's the second time in 2 weeks a raccoon's shown up during his morning show shift. He also dropped an important fact ... "No animals were harmed. I threw something to scare it off."

The White House these days -- if COVID doesn't get ya, the raccoons will! 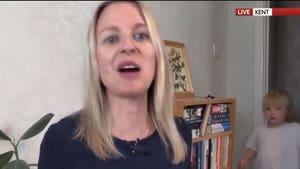 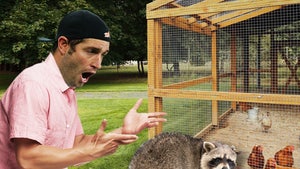