Ice Cube's scoffing at the notion he's being used by President Trump to win over Black voters -- he says that's irrelevant to his mission, and he's calling out Joe Biden for balking on joining it.

The rapper and actor joined "TMZ Live" Thursday to address critics who've been attacking him, claiming he went to the "dark side" by teaming with POTUS. On Wednesday, Trump's administration announced Cube was involved in creating its Platinum Plan ... which would pump $500 billion into Black communities and provide better access to education and jobs.

Every side is the Darkside for us here in America. They’re all the same until something changes for us. They all lie and they all cheat but we can’t afford not to negotiate with whoever is in power or our condition in this country will never change. Our justice is bipartisan. https://t.co/xFIXXpOs8B

Cube told us his sole focus was getting the administration to adopt elements of his Contract with Black America ... in order to improve Black lives. He insists he is NOT attempting to sway Black votes toward either candidate.

He also points out he's never met with the Prez, but has sat down with members of both parties in an effort to make both "get with the program" ... meaning, his CWBA.

So far, it sounds like one side's been more open to getting with his bipartisan program than the other ... and Cube suggests the Biden campaign's squandering a golden opportunity.

But, Cube claims the Democrats have promised to work with him after the election, so like he says, it all comes down to who you trust. 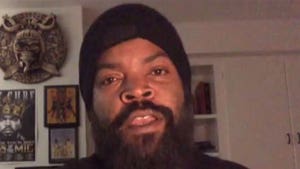 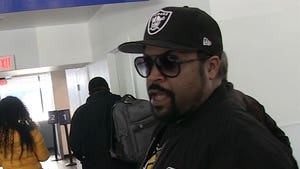