Jerry Falwell Jr. says it's bad enough he was the victim of an extortion plot over a phony sex scandal, but then the university his own father founded gave him the boot over the matter ... according to a new lawsuit.

Falwell Jr. filed legal docs accusing Liberty University -- founded by his father in 1971 -- of forcing his resignation in the wake of a former acquaintance, Giancarlo Granda, alleging he had sex with Falwell's wife as Falwell watched.

In the suit, Falwell says he and his family became the targets of a malicious smear campaign incited by anti-evangelical forces ... after Liberty University used the allegations as an excuse to force him to step down.

Falwell even claims these were efforts by political operatives pissed about his support of President Trump.

Granda told Reuters back in August the affair with Falwell's wife started in 2012 and lasted until 2018. In docs, Falwell admits Granda had an affair with his wife that ended in 2014, but denies watching them for pleasure. He also claims Granda demanded enormous cash payments from the Falwells to stay silent. Falwell says he refused to pay, and that's when he claims Granda went to the media.

Falwell claims Liberty University accepted the salacious and baseless accusations against him and his wife at face value and then a day later forced his resignation as president after 13 years at the helm. He insists the school didn't conduct an investigation.

Falwell adds the school gave credence to Granda's allegations by announcing Falwell had engaged in "disobedient" behavior "in secret" that was "shameful" and a "sin." He's suing the school for defamation and breach of contract. 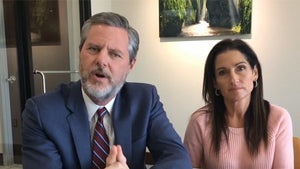 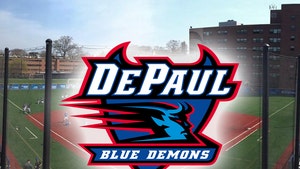