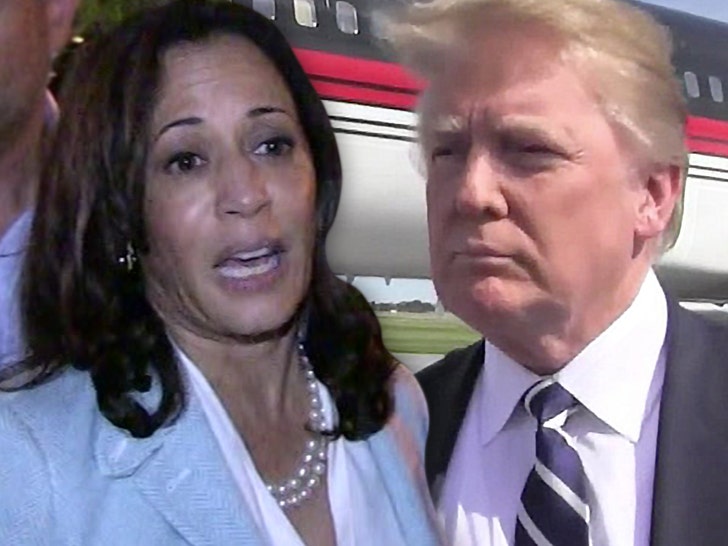 President Trump is reportedly gearing up to prematurely declare himself the winner of Tuesday night's election if he gets an early lead ... but Kamala Harris has other plans.

Axios published a story Sunday, claiming sources in Trump's inner circle have heard he's actively making plans to call himself the definitive winner if it looks like he's ahead of Joe Biden in a handful of key states -- namely, Ohio, Florida, Texas, Arizona and other key holdings.

The report says Trump has spoken to people in his camp and ran the scenario of him walking up to the podium and claiming victory ... even if all the votes aren't counted yet.

“Well, first of all, we plan to decisively win this election. So, I don't, I don't think we're going to need to get to that point.”pic.twitter.com/yEkugFIqbi

Well, to that Kamala basically says ... PSSSHHH, PLEASE! Reporters asked the Democratic VP-hopeful about the story Sunday, and she told them Trump wouldn't even have the opportunity to do that, because she and Joe Biden plan on cleaning up nationwide.

She says, "Well, first of all, we plan to decisively win this election. So, I don't, I don't think we're going to need to get to that point." Well said ... sounds like she's confident.

Still, if the Axios report is true and Trump follows through ... it sounds like this election is going to be hotly contested, and a winner will likely not be announced Tuesday -- assuming it's close. Remember, the 2016 election wasn't called until very late in the night.

Trump: "We should know the result of the election on November 3rd ... What's going on in this country?" pic.twitter.com/0B7s8QWxpC

Trump himself said Sunday that he wanted the final tally no later than Nov. 3rd -- which seems to back up the fact that he's itching to call it one way or another. Anything short of a Biden landslide could very well end up dragging this out for another few weeks.