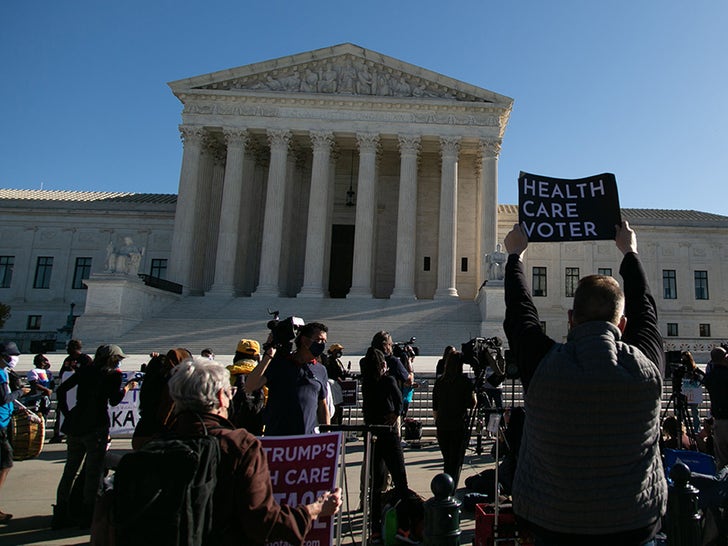 Obamacare was on the line Tuesday before the U.S. Supreme Court .... and not only does it seem the justices are inclined to do away with part or all of it -- although there seems to be a good chance the case will be thrown out on technical legal grounds -- there was also talk about another looming issue ... whether the federal government could impose a mandatory mask requirement.

Oral arguments kicked off Tuesday on the issue of whether the ACA's individual mandate is constitutional anymore since a Republican-held Congress removed the tax penalty in 2017. The justices had said previously that the law was grounded in Congress's ability to tax citizens, but now that there's no longer a tax penalty, some of the justices felt there was no longer a legal basis for the law. The Trump administration wants the whole law 86'd, but others say the justices could declare just the mandatory health insurance provision unconstitutional and save the rest of the ACA.

As the groundwork for that was being laid out at the beginning of the hearing, Justice Clarence Thomas raised an illuminating comparison ... asking if a proposed national mask mandate could, for instance, be challenged if there's no real threat of enforcement.

He seemed to be spit-balling, but the fact he chose to hurl that wad specifically in this context was telling, especially since Joe Biden said he would roll out a national mandate.

Back to the ACA ... Justices Kavanaugh and Alito -- both of whom tend to have strict interpretations of the constitution -- appeared to signal they thought removing the mandate and leaving the rest of law in place was something that could feasibly work.

Alito, for example, compared the mandate to a crucial part of a plane that engineers thought, at first, was necessary to fly. But, if that part gets removed once it's in the air, and if the plane continues to fly ... he asked why is it necessary to take the whole thing down? It was pretty insightful -- but time will tell if or how they actually rule on the subject.

One person who was relatively muted throughout Tuesday's proceedings -- and who didn't really show her cards much at all -- was Justice Amy Coney Barrett, the newbie of the group, and the one who could well be the deciding vote to strike the ACA down, or uphold it.

Her questions were brief, and were mostly buried in legalese ... it was hard to pick up what, if anything, she was signaling on how she felt about the merits of the case. 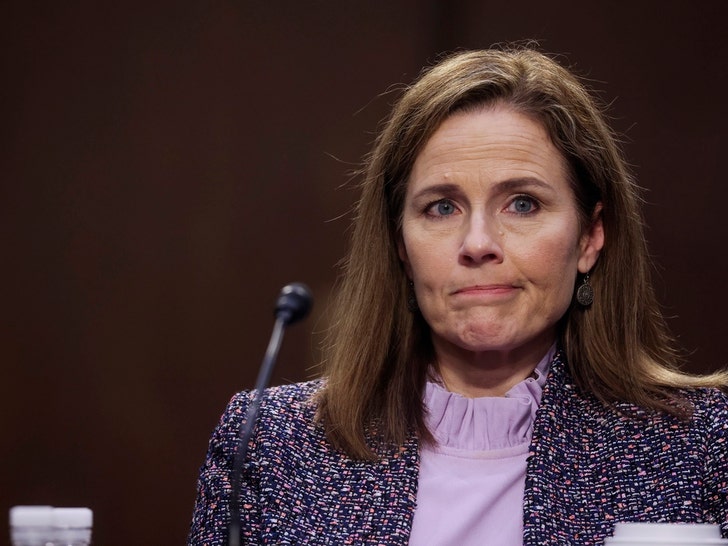 As this case plays out over the next few months, Justice Thomas' question of masks might be setting up another showdown over the legality of mandated mask-wearing ... something we'll definitely keep an eye out for.

Another hearing over the ACA case is scheduled for the end of the month, and a decision on this is expected to fully come down sometime in the Spring. 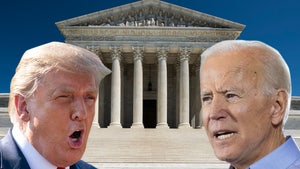 How President Trump's Supreme Court Challenge Could Play Out 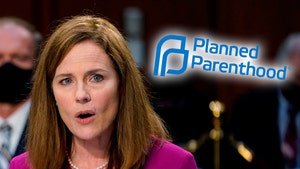