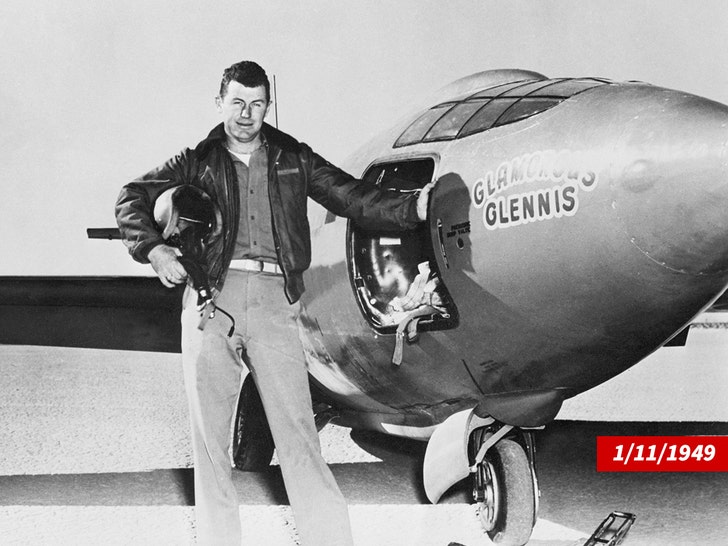 Chuck Yeager, the pilot known as "the fastest man alive" for being first to break the sound barrier, has died.

Chuck's wife, Victoria, says he passed Monday night after "an incredible life well lived." She says he will be known as "America’s greatest Pilot, & a legacy of strength, adventure, & patriotism will be remembered forever."

According to John Nicoletti, Yeager's friend and ground crew chief, Chuck had several health challenges in recent years and had a fall that led to further complications. Nicoletti says he died at an L.A. hospital, though he lived in Northern Cal.

Yeager broke the sound barrier in October 1947 when he tested the X-1 jet ... though the public didn't know about it until the following year. His incredible feat came after he became a WWII hero as a fighter pilot stationed in England.

During the course of the war, he flew 64 missions and shot down 13 German planes ... and was shot down once himself over France in 1944, but evaded capture.

Yeager returned to America in 1945 and married his first wife, Glennis, for whom he named several of his planes ... including his famous sound-barrier-breaking X-1, Glamorous Glennis.

Yeager's spectacular achievement went down over Rogers Dry Lake in Southern California. The X-1 reached Mach 1.06 or 700 mph, making him the first man to travel faster than the speed of sound and earning him the title of "Fastest Man Alive."

Yeager would go on to continue breaking records and performing in airshows, and his legacy was captured in Tom Wolfe's book "The Right Stuff," which became the 1983 hit movie. 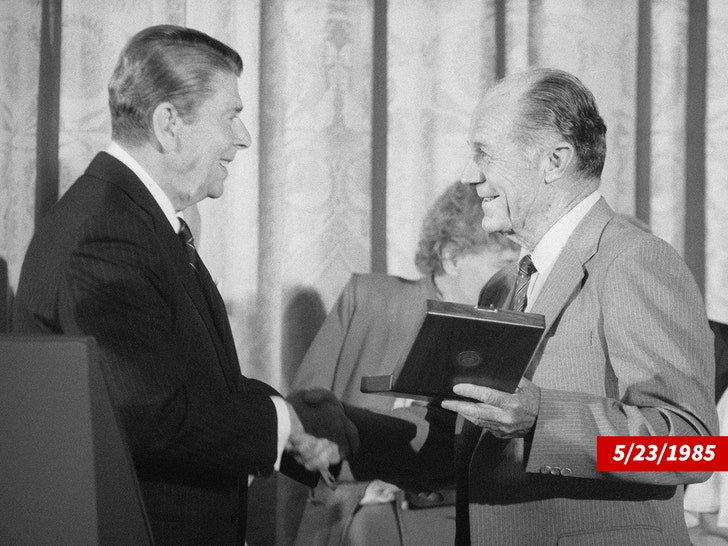 Chuck was also a valued adviser for the government and aerospace industry and received the Presidential Medal of Freedom from Ronald Reagan in 1985.

Twelve years later, at age 74, he commemorated the 50th anniversary of his historic X-1 flight by flying in an F-15 Eagle. 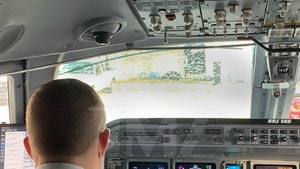 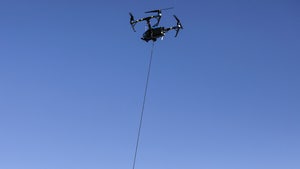