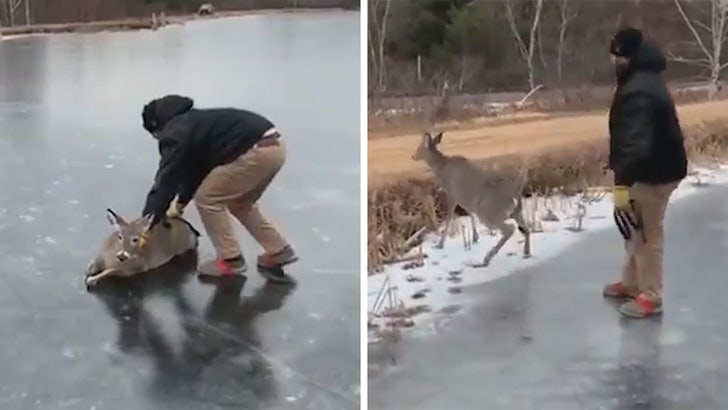 Props to this man who saved this poor deer stranded on a frozen reservoir ... with the daring rescue caught on video.

Gil Lencour was heading home for a lunch break Tuesday in Wisconsin Rapids when he noticed the deer struggling in the middle of a frozen reservoir. The quick-thinking dude zoomed home to grab a leash and called a buddy for an assist.

Gil says when he got to the deer it was clear the leash wouldn't do the trick. his backup plan was the ol' heave ho ... pushing the deer as it glided to solid ground.  The deer suffers from bad manners -- it did not turn around to say "Thanks" before scampering into the woods.

Gil's buddy, John Moss, began recording after it became apparent John had the situation under control. 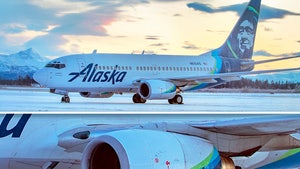