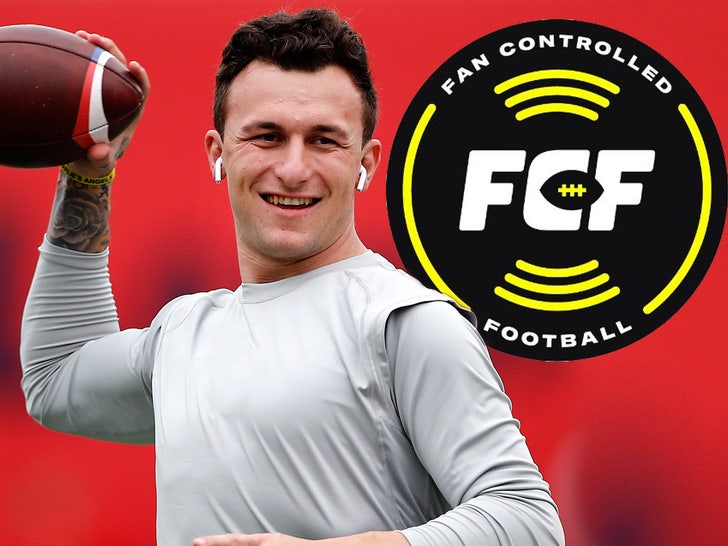 Johnny Manziel has officially signed a contract to return to professional football -- inking a deal with the brand new Fan Controlled Football league.

In other words, JOHNNY FOOTBALL IS BACK!

A spokesperson for the FCF confirms the 28-year-old will take the field when the league launches on Feb. 13 -- and he'll be mic'd up with a live camera streaming from his helmet!!

As we previously reported, Manziel was in talks to be the starting QB for the Zappers -- co-owned by NY Mets pitcher Trevor May and sportscaster Bob Menery.

The details about Johnny's contract are still under wraps -- but it seems like it's more about having fun than trying to get rich.

"Football has always been a huge part of my life, and the opportunity to join the FCF was too good to pass up," Manziel says.

"FCF is doing something new and original in Sports, a league that is truly all about the fans and letting them call all the shots. I can’t wait to get started -- this is going to be fun."

The FCF is a 7-on-7 full-contact football league where the fans control everything from the uniforms, logos and the play calling.

The field is only 50 yards long with 10-yard end zones -- which means this game is built for fast action and lots of scoring. All games will take place at a special facility in Atlanta.

Each game runs 60 minutes and will be live-streamed on Twitch. The league says they've already locked in players who formerly competed in the CFL, XFL and Division 1 college football.

Sohrob Farudi -- the CEO of the league -- is clearly fired up about landing Manziel ... saying, "We're excited for Johnny to join the FCF and finally have a chance to be himself both on and off the field."

"He's embracing the opportunity to engage with fans in a way no other league has provided him in the past. A mic'd up, unfiltered Johnny Football with a live stream helmet cam and fans calling the plays is going to be epic." 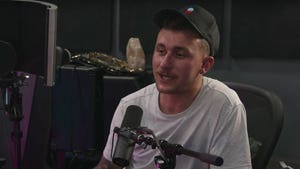 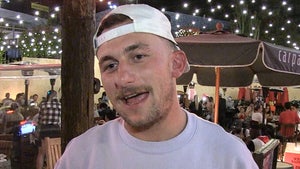 Johnny Manziel Says The Rock Can Save the XFL, 'But I'm Retired, Dude'