Martin Luther King Jr.'s loved ones paid their respects to the legendary Civil Rights leader ... on the day America honors the man whose dream for equality in the country is still being fought for today.

MLK's sister, Christine King Farris, her son Isaac Newton Farris Jr. and MLK's daughter Bernice King were among the family members who placed a wreath beside the tombstone he shares with his wife, Coretta Scott King. 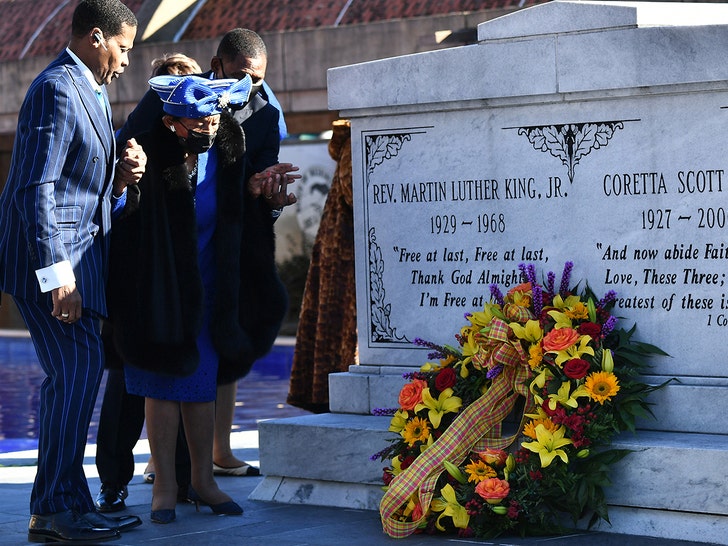 The family gathered at the King Center in Atlanta for this year's Community Commemorative Service.

The MLK Day holiday -- in honor of his January 15 birthday -- seems more significant than ever after a year of civil unrest, protesting systemic racism and police brutality.

However, in the nation's capital, the MLK Jr. Memorial isn't even open to the public due to the fortification and heightened security following the attack on the U.S. Capitol.

Many have compared these turbulent times to the era in which MLK Jr. and other Civil Rights leaders fought for freedom and equality. If you don't understand why, consider this line from his "I Have a Dream" speech -- "There are those who are asking the devotees of civil rights, 'When will you be satisfied?' We can never be satisfied as long as the Negro is the victim of the unspeakable horrors of police brutality." 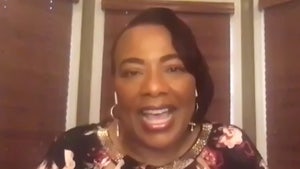 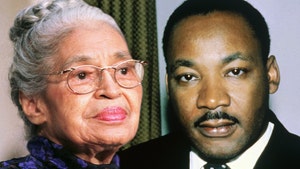