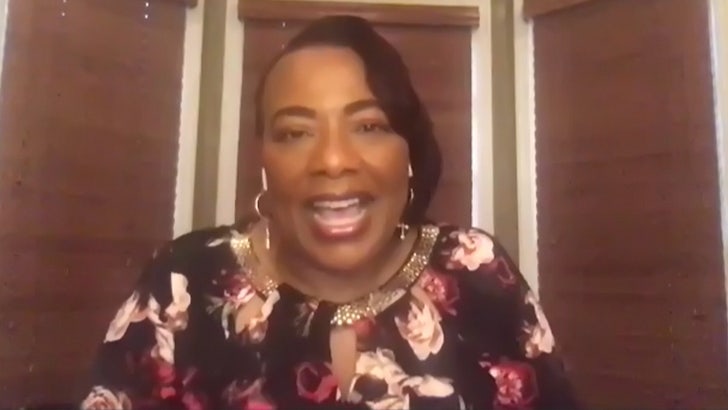 Martin Luther King Jr.'s daughter, Dr. Bernice King, is convinced that modern-day policing is structured after brutal slave tactics used for centuries in this country ... and needs to be completely uprooted if there's ever going to be progress.

Dr. King appeared Tuesday on "TMZ Live," and she says the shooting of Jacob Blake yet again proves Black lives don't matter to a majority of police officers in the U.S. If they did, we wouldn't see so much unhinged violence against them.

She says it's clear the systemic racism built into slavery is still alive and well today in how cops and the criminal justice system view African-Americans ... as bodies, as she puts it. It's not an easy thing to change either ... Dr. King makes that clear as well.

She adds it is crucial to keep our eye on the prize -- and part of that means keeping things peaceful. She discourages rioting and looting, just like her dad.

Speaking of him, she drops a quote of his that's just as timely now as ever .... and it basically gets to this point -- the longer we ignore this, the more it'll persist and worsen.

That much is certain.