Robert Griffin III is no longer a backup to Lamar Jackson ... the Baltimore Ravens waived the former Heisman Trophy winner following their loss to the Bills this weekend.

The team made the announcement Monday ... cutting ties with RGIII after he had been on the roster for the past three seasons.

Griffin III never quite had a huge impact in Baltimore, he only played in 14 games, and threw for just 288 yards in those contests.

The Ravens have officially waived RG3

But, the fact that Griffin III was able to secure a spot on the team for so long says a lot about the 30-year-old ... remember, he was out of football for the entire 2017 season and some wondered if he'd ever get another shot after that.

RGIII was set to be a free agent this offseason before the Ravens' announcement Monday ... but the move could allow him to now find a new home sooner.

The quarterback reflected on the season before roster move was made official Monday ... writing on his social media page, "As year 8 comes to a close, I just want to say thank you to my teammates, the fans, & @Ravens organization."

"This season was a trying one with a lot of adversity & there were no better people for the job. Honored to be a part of the brotherhood with yal. The best is yet to come." 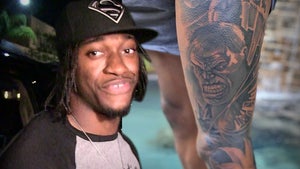 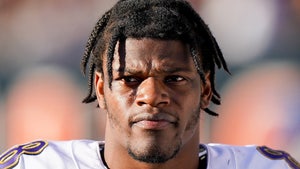