Before this pressed little lady became a smash scream queen sensation, she was just another cute toddler staring longingly out the window in Los Angeles, California.

This little lady is best known for starring in multiple slasher films -- she made her debut in a scary holiday film franchise which gained so much popularity she returned for 5 more sequels. Recently, she reprised the role in a 2018 horror movie ... 40 years after the original was in theaters.

When she's not screaming on-screen, she's making audiences scream with laughter, just like in this freaky comedy with Lindsay Lohan. 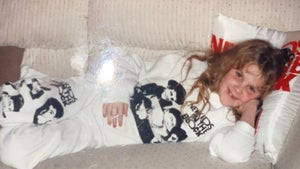