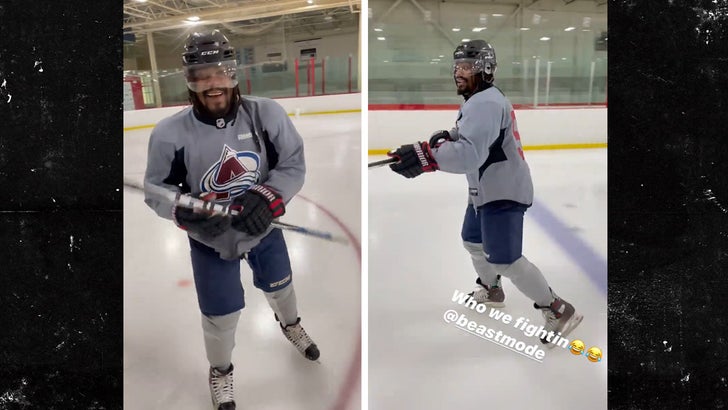 Ex-NFL star Marshawn Lynch took his talents to the ice rink this week ... showing off his skating skills in a hilarious video!!

The 34-year-old running back teamed up with hockey player Akim Aliu, who posted a series of videos showing the two getting in some action on the ice ... and just like everything else Lynch does, it was pretty memorable.

"What’s his name? Wayne Gretzky?" Lynch says while suiting up in a Colorado Avalanche jersey. "Y'all heard of that n**** before? Well, I’m Shawn Gretzky. You know what I’m talking about.”

Aliu -- co-founder of the Hockey Diversity Alliance -- can be heard cheering his buddy on as he tries to skate ... while simultaneously looking for his first hockey fight.

No word on why the hockey sesh took place ... but Aliu and Lynch have been hanging out in recent days. Maybe hockey guy hits the gridiron next?!

By the way -- can you imagine Marshawn in the NHL? The dude could be a hit as an enforcer!!

His marketing agency even tweeted out a message to the San Jose Shark and Seattle Kraken if they were interested … Lynch chimed in.

“Y’all can’t see me on this frozen wata either. You already know I’m from that IceCity.” Lynch later tweeted. 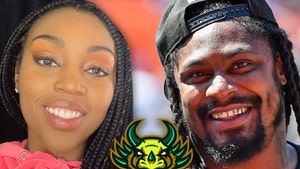 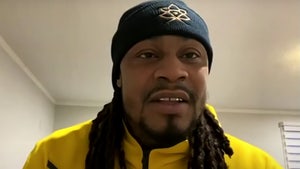