Like many of her colleagues, AOC condemned the decision to force hundreds of National Guard soldiers to take their breaks in a frigid parking garage instead of the warm Capitol building, but she went a step further by offering them her office couch for a nap ... and snacks.

The National Guard members were ordered out of the Capitol Building Thursday by Capitol Police, and told to either take their rest breaks outside or in a nearby parking garage ... which resulted in some truly bad optics and, frankly, shockingly inhumane treatment.

Yeah this is not okay.

My office is free this week to any service members who’d like to use it for a break or take nap on the couch. We’ll stock up on snacks for you all too.

(We’re in the middle of moving offices and it’s a bit messy so don’t judge, but make yourself at home!) https://t.co/JyEvC4kg6o

The Guardsmen and women were packed like sardines in the parking garage -- "breathing in exhaust fumes and covid" as one reporter put it -- after spending the past several days in D.C. to protect the Capitol and provide increased security for Joe Biden's inauguration.

Though the reason behind the Capitol Police ordering the Guard to move out Thursday is unclear, it sure seems the reasoning is that they didn't want the building to look like an armed camp.  The move drew condemnation by lawmakers on both sides of the aisle, and some of the guard members said they felt betrayed.

The good news -- AOC's tweet and the outrage of other members apparently forced an about face ... all of the service members were allowed back inside the building for the night.

A National Guard spokesperson shed some light on what went down Thursday, saying ... "As Congress is in session and increased foot traffic and business is being conducted, Capitol Police asked the troops to move their rest area. They were temporarily relocated to the Thurgood Marshall Judicial Center garage with heat and restroom facilities."

Well, there was just one restroom with 2 stalls available to the 5,000 troops who were told to leave the Capitol ... and temperatures dipped into the low 40s by nightfall. 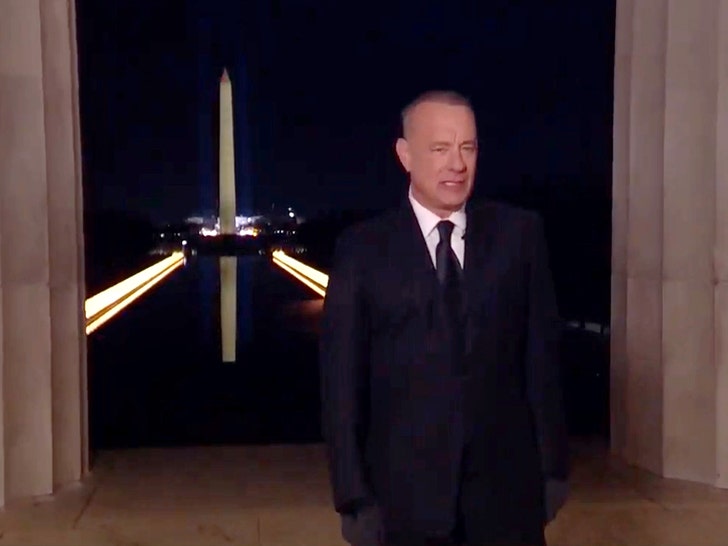 And, if you want to know what it might be like to be exposed to the elements in D.C. ... well, just look at frigid Tom Hanks during the Inauguration show.

The troops will be allowed to take breaks indoors Friday, near the Emancipation Hall. 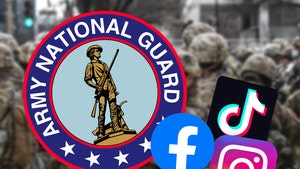 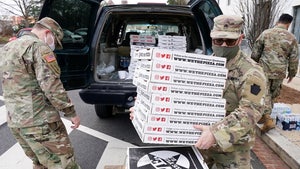