4:40 PM PT -- Jill Biden just sent her condolences to the Obamas, writing ... "My heart is with you @MichelleObama, @BarackObama, Sasha, Malia, and Sunny. Bo brought smiles to us all.

My heart is with you @MichelleObama, @BarackObama, Sasha, Malia, and Sunny. Bo brought smiles to us all. https://t.co/VnSq6RlxP0

The Bidens, of course, are proud dog owners themselves ... with Champ and Major currently serving as First Dogs at the White House, where Bo and Sunny once proudly held the title.

One of Barack and Michelle Obama's family dogs -- Bo, the older of the two Portuguese Water Dogs they have -- has died.

Michelle shared the sad news Saturday with a heartfelt tribute to their pooch, saying they'd said goodbye to their longtime companion after a battle with cancer.

His dog mom wrote, "On the campaign trail in 2008, we promised our daughters that we would get a puppy after the election. At the time, Bo was supposed to be a companion for the girls. We had no idea how much he would mean to all of us."

Michelle went on to detail all the times Bo had been there for their family, both in an official capacity and behind the scenes as well. She said Bo was there when Malia and Sasha came home from school, there for POTUS and FLOTUS when they needed a break ... and there for huge WH events over the years, including the Easter Egg Roll and when the Pope visited.

She says he was also there when the dust settled after they'd left the White House ... helping Barack and Michelle see the girls off to college, being a steadfast furry friend. BTW, speaking of Barack and Michelle's kids ... part of the reason they ended choosing Bo and Sunny was due to them being hypoallergenic, something Malia needed for her allergies.

Anyway, Michelle adds that Bo loved the pandemic ... because all his fave humans were under one roof again, and some great quality time spent with him over the past year. She also says this ... "As a family, we will miss Bo dearly. But we are thankful that he lived such a joyful life full of snuggles, games of fetch, and evenings spent lying on the couch."

The former First Lady ended with a plea to the public ... many of whom also came to love Bo as their First Dog during their time in office.

She says, "We also know we weren’t the only ones who cared for Bo, and are grateful for all the love you showed him over the years. Please hug the furry members of your family a little closer tonight -- and give them a belly rub from us."

Today our family lost a true friend and loyal companion. For more than a decade, Bo was a constant, gentle presence in our lives—happy to see us on our good days, our bad days, and everyday in between. pic.twitter.com/qKMNojiu9V

Bo's younger sister, Sunny, is still kicking ... but it's gotta be heartbreaking to lose their male canine friend -- who'd been with the family for such a long time. He was only 12. 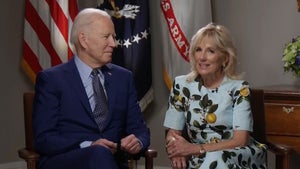