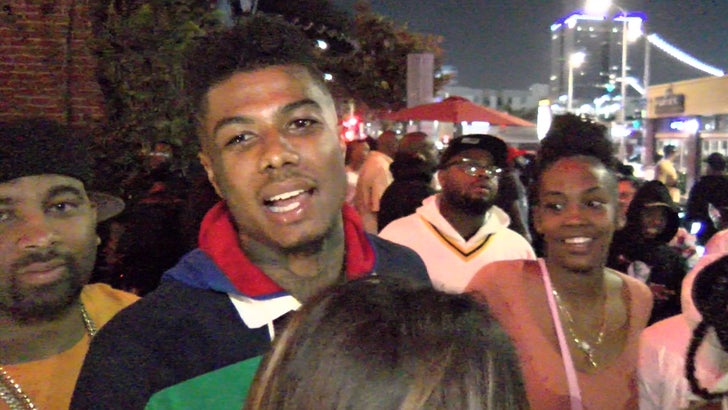 A boxing super-fight between Blueface and Tekashi 6ix9ine is NEVER gonna happen ... so says Blueface himself, who tells TMZ Sports the controversial rapper is simply too chicken to step in the ring with him.

Remember, the "Thotiana" MC showed he's got some hands after taking down TikToker Kane Trujillo -- and a spectator who invaded the ring -- at BKFC 19 last month.

When we ran into Blueface at The Highlight Room this week, we had to ask if his rival Tekashi could be his next big opponent ... and the guy shut that idea down FAST.

"He ain’t gonna take that, bro." Blueface tells us. "He wouldn’t take that if his mom was on her deathbed and it was her last breath and she said, 'Tekashi just fight Blueface and they’ll give me a new heart.'"

Of course, there's quite a bit of history between the two -- Blueface recently called Tekashi a "snitch" for allegedly getting his Instagram account deleted ... as a result of their back-and-forth over the LA native's tattoo shoutout to his favorite jeweler.

So, if 6ix9ine's out, who will it be?? We asked if Blueface would take a fight with Jake Paul ... and he doesn't shut it down, saying, "It doesn't matter who it is, bro." 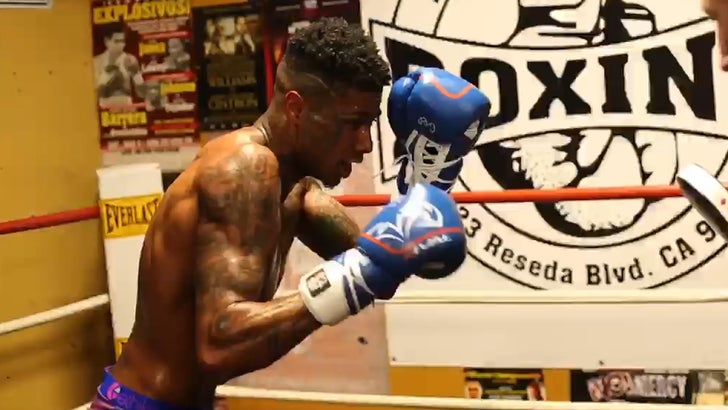 Something tells us Tekashi's gonna get wind of this and want to respond. 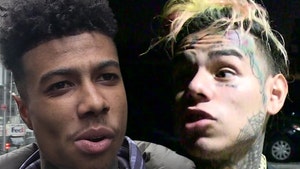