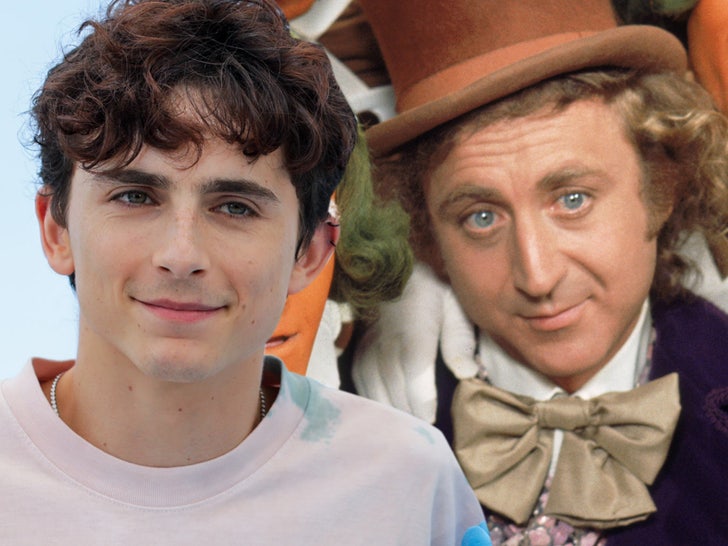 Timothee Chalamet is set to douse himself in chocolate and meet Oompa Loompas -- he's playing Willy Wonka in his early days, and showing off his new look ... which is ... cool???

The actor just posted a photo of himself on set for this new flick he's been cast in ... simply titled, "Wonka," which is basically a prequel to "Willy Wonka and the Chocolate Factory." Of course, that means we're gonna see a young Bill ... and Tim's giving us the first glimpse.

It shows TC in costume, wearing a Wonka-esque burgundy coat, scarf and a brown top hot. A second photo features him reaching for a tiny little present. Tim's caption reads, "The suspense is terrible, I hope it will last ..."

He's staring slyly ... kinda mischievous-like, which is also pretty Wonka-y. It also seems he'll be rocking his signature long, wavy locks -- so this is certainly more in the vein of Gene Wilder's turn as the titular character than Johnny Depp's ... which was its own animal.

Of course ... you have to respect that Depp's/Tim Burton's take was totally different -- both in appearance and expression of the famed Roald Dahl character. Gene's depiction is the OG, obviously, but we must say ... the 2021 portrayal, at least thus far, seems a little ... plain.

That's not to say it won't be good by any stretch -- it'll probably be solid, considering there'll reportedly be a ton of dance and musical numbers ... for which Tim trained. Plus, the guy's got chops ... even though this will be a new role for him unlike any other he's taken on.

Most of his movie parts up until now have been dramatic and relatively low-key (ish) -- and he hasn't had an opportunity to get zany or off the wall ... which you'd think he certainly will have to be here. Gene did it to perfection, Depp held his own -- now, Tim's up to bat.

Word is ... Warner Bros. (which also distributed the Burton flick) has had Timmy in mind for this project for a while, and finally locked him down after a lot of scheduling issues. So, they obviously see something in him. 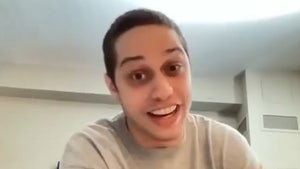 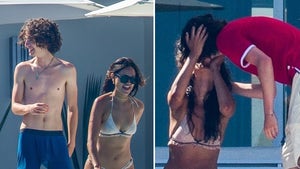